As most of my readers know, I’m pretty big on anime music. To me, OPs and EDs are almost as important as animation and story. A good OP can really raise my opinion of a so-so anime. A well done ED will convince me to stick around for the next episode previews.

There are quite a few artists who have become familiar to me through anime music. Sure, it’s kind of a cheesy way of finding new music, but it works for me! These artists have proven their worth as anime OP/ED singers (and maybe even as actual musicians).

Chances are that if they’re in the soundtrack, I’ll be more likely to keep watching the anime, if only for the music. Here are my top 5 favorite anime music artists: 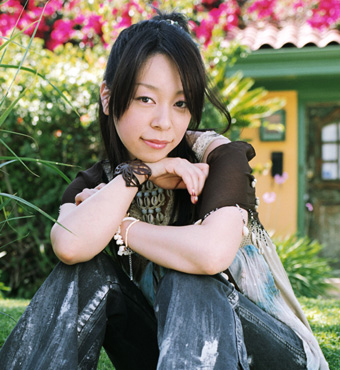 I first heard KOTOKO on the Onegai Sensei OP. She also did the Onegai Twins OP as well. More recently, she sang the second OP to Shakugan no Shana. In addition to singing, she also composes the music herself, too. Sweet!

I think KOTOKO does a lot of erogame music as well. Like Princess Bride, which was turned into a crazy Azumanga Daioh flash animation! 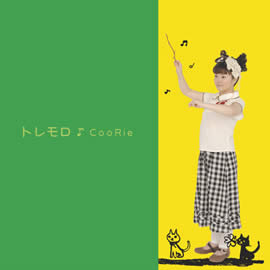 CooRie is an artist who you can identify instantly when hearing her voice. It’s got a soft comforting sound to it. I first heard CooRie on the Narue no Sekai OP, but since then, she’s done music for a handful of anime including Nanaka 6/17, Da Capo (both seasons), Midori no Hibi and Binchou-tan.

Like KOTOKO, CooRie also composes the music that she sings. 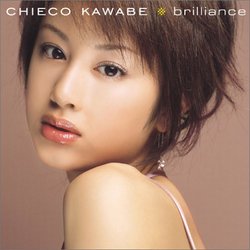 Chieco Kawabe is another artist with a very distinguishable voice. She sang the inappropriately upbeat ED to Elfen Lied, Be Your Girl, and the super awesome OP to Ouran High School Host Club, Sakura Kiss. Some might say she pushes her voice too far, but I call it “inflection.”

Fun fact: Kawabe Chieko was Sailor Mercury in the live action Sailor Moon! Can you believe it? 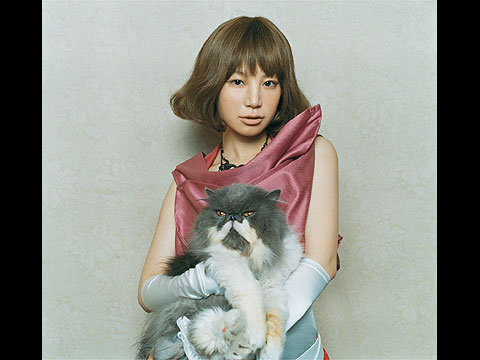 YUKI is a member of the one capitalized name club with KOTOKO. YUKI also has a uniquely awesome voice. Before she was YUKI, she did vocals in a band called “Judy and Mary.” That band did the OP for Rurouni Kenshin, Sobakasu. Afterwards, she did the OP for Honey & Clover, Dramatic, which is still one of my anime favorite songs ever.

She also did the second Honey & Clover OP, Fugainaiya. Personally, I liked dramatic better, but this one’s okay, too. 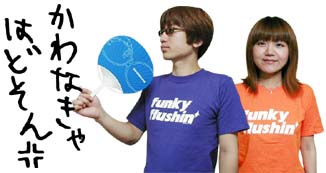 Apparently, Round Table started out as a band before joining with Nino in 2002. I’ve actualy never heard a Round Table song that didn’t feature Nino, though. They should just let her into the band officially! C’mon guys!

As far as I’m concerned, Round Table w/ Nino can do no wrong. They started out with the Chobits OP, Let me Be With You, and have done a ton of other anime music since then. New World was probably the only reason I kept watching .hack//Legend of the Twilight to the last episode! Their latest song, Puzzle, ensures that I’ll be watching NHK ni Youkoso for its full run!

I liked Round Table and Nino so much, I actually bought one of their CDs! Gasp! Check out my review of April. 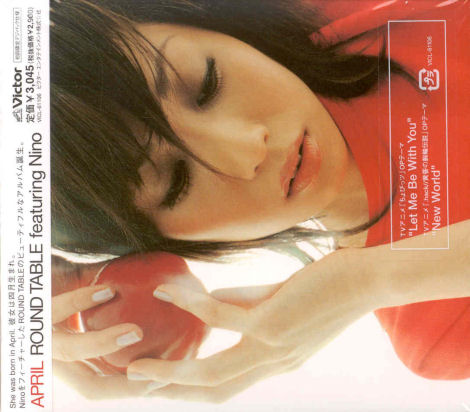 You like sissy songs don’t you? Oh and I didn’t know Yuki was the same girl from Judy and Mary. J & M are pretty good.

Ok I will come up with my own list! You probably heard Chieko’s Sakurakiss’s side B song right? That one that goes Linky Linky, pichi pichi etc. For me, that’s even better than Sakura Kiss. Just don’t let anyone know you listen to it.

Do you happen to have the ED to H&C2?

LoL! Omg~ Out of 5, I actually agreed 3 of them. Yes. KOTOKO, Cheiko Kawabe and CooRie. As for me my favourtites… Hmm… KOTOKO is definately in my list. If you ask me, I kinna liked HOME MADE Kazoku too. And some other more well known artist as Minami Kuribayash. LoL! How could I forget yozuka* too. LoL!

It was Shana OP that led me to discover KOTOKO, oh and I so love her. /Me needs to crank out my own fave list as well. XD

A top5 without Kajiura Yuki? You can’t be serious ^_^

I agree :O
Shimokawa Mikuni is another excellent artist, especially how she has 2 albums which are nothing but anime OP/ED covers.

One more thing I’d like to mention, I’ve been listening to I’ve sound for a few years now and I’ll give you a little more background info about KOTOKO and I’ve.

I’ve sound’s primary focus is erogame themes, they started out that way, and they’re still continuing to this day. I believe KOTOKO was the first to have one of her songs used as an anime OP, and I do think she and Lia are the most talented members of I’ve sound.

Now that a few members of I’ve (specifically, KOTOKO, Lia, and Kawada Mami) have gained more popularity with the anime crowd, they’re starting to shift towards having those artists work on albums or live performances.

No Sakamoto Maaya? But you have YUKI, and at no. 2? I’m sorry, but I have no ignore all your music review from now on. Even though I like both Fugainaiya and Dramatic, I can’t help but think how much more awesome those songs would be if you had some normal person sing it.

It seems like the lastest OP/ED have a great influence on you. I would put yozuca, Lia, Yuria, Ayane and even Mizuki Nana up there, and make it a top 10 chart.

Great! Now you’ve helped me discover one of my anime otaku roots. I never knew you liked Round Table w/ Nino’s Chobits OP. When I frst listened to it (and it was the 2nd fansub I’ve downloaded), it sounded a bit… feminite to me, and I’ve shuddered whenever someone walks past me. But that’s just me.

Yes, KOTOKO was the one that drew me more to Shakugan no Shana. I’ve made it one of my favorites on my iPod, and I’ve listened to it more frequently than the Mai-Otome ED.

…Oi, are those pitchforks?

Anyway, if I could only post a Top 5 list of my own, I’ll be sure to credit you with the idea. That is, if I can.

[…] BasuGasuBakuhatsu has a cool post on favorite anime music artists, with lots of pretty pictures. […]

Heh, reading this I realise my taste is completely different, so maybe it’s old age… I like Yoko Kanno, Ritsuko Okazaki and The Indigo best for their music in anime… oh and whoever did the Juuni Kokki soundtrack!

Come to think of it, my first thought too was to think of BGM composers rather than pop stars.

[…] I’ve seen a couple of music related posts around the blogging community before and thought about making a list but nothing ever materialized until today. A few days ago, actually, I almost made one thanks to Michael’s post, but seeing’s Hung’s list got the cogs moving. […]

hey the mp3 you have on your site is not set up to share, like this link… http://www.basugasubakuhatsu.com/blog/mp3s/Ouran High School Host Club OP – Sakura kiss.mp3 comes up as 403 – Forbidden

it would help validate your top 5 favorite anime music to hear these songs.
btw, what do you think of Haruko Momoi, and where is she on the list that goes above 5

I was wondering about the capitalized name club, e.g. MAKO of Kamichu. It’s like “Rock” or other WWF nicknames. So stupid.

If we post personal preferences, I have to chime in for Yoko Ishida. She’s not some super-duper star like Rie Tanaka, but she’s so earnest in her singing. Recently she has been slaving away in Geneon’s dungeons, with only occasional soundtrack here and there, like AMG TV. A waste, really.

Normally i skip opening and endings for the sake of time. BUt the only time i didn’t skip the ending was for Rahxephon’s Hemisphere- Maaya Sakamoto. I love that song. I love Maaya Sakamoto and Yoko Kanno together.

And I do believe Masami Okui is still very much alive and kicking. MOERU ZE!

Haha I agree with most of those, or at least the ones I heard =P. I never realized that the ones doing the Chobits opening was the same as the .hack//Legends one! And I love Chieko! I first saw her in PGSM as Naru and then when I found out she was a singer, I decided to listen to some of the songs and fell in love with the songs! Heck, it’s the reason I’m now a fan of Ouran HS Host Club XD.

well i agree with KOTOKO and i think on my top5 should be hirano aya , Matsuda Ryouji(well but i have only heard his single of the ed2 of black cat) ,angela aki
But i like also mami kawada , Tainaka Sachi (ohh i forgot i put this in the top1)
and maybe ICHIKO

in Sountrack should be yuki kaijura and taku iwasaki

Hello!
Very Interesting post! Thank you for such interesting resource!
PS: Sorry for my bad english, I’v just started to learn this language 😉
See you!
Your, Raiul Baztepo

ROUND TABLE IS THE BESTTTTTT.
OH,i got all their albums(including the one without Nino and they r super awesome!!!)
Kitagawa is super hot too.hehehe.
You should listen to R.T without Nino too.

Kotoko is friggen amazing!
i first heard her on the Kannazuki no Miko opening and ending themes, and then on Teacher/twins. i dont think ive heard a kotoko song i havent liked!