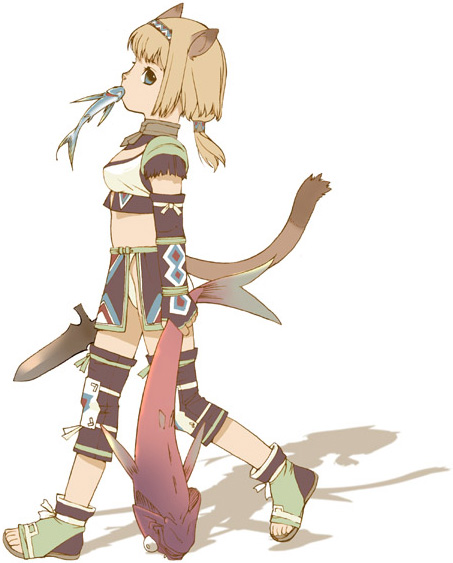 So I mentioned in this post that I was beginning to feel more comfortable watching anime raw. Now that most of the new season’s anime has aired, I thought I’d take a look at each one and discuss how easy or hard it is to understand what the heck is going on.

Of course, this is only the opinion I can generate with my own skill level of Japanese (three years of (not very good) University level), so individual results may vary. Most of the issues I have with understanding Japanese are purely vocabulary, so I should probably invest in a dictionary…

The vocabulary in Binbou Shimai Monogatari is pretty simple, and since the anime is a slice of life, it means that I hardly have to look any words up. I think this will be a good anime to buffy my raw-watching skills.

I’m usually pretty good at figuring out high school lingo, but for some reason, Bokura ga Ita is just hard for me to understand. I think it’s because of the complexity of the relationships, etc. I heard the Triad is subbing this, so I’ll probably just rely on those.

Chokotto Sister is probably the easiest anime this season for me to understand without subtitles. It has really simple vocabulary, but maybe that’s just because not much really happened the first episode. This’ll probably be one of the anime on my raw watchlist.

I think Coyote Ragtime Show is a bit too much for me. There’s a lot of military talk as well as slang. I’d rather watch the subs and enjoy them than scratch my head at the raws.

Since Powerpuff Girls Z is a kid’s anime, I should really be able to follow it. There actually were a few words I didn’t know, but they were easy to get from context plus I just looked em up. This is another one that I could easily watch raw if I wanted to.

I watched the first episode (the recap one) raw, and if I hadn’t seen the first season, I would’ve been totally lost. I think it’s the same thing with Bokura ga Ita. This anime focuses a lot on relationship stuff, so I just don’t know that vocabulary. Plus maybe college students use a lotta slang…

There’s no way I can watch this anime raw. Too much talking about religous stuff and conspiracies. I would be pretty much lost without subtitles on Le Chevalier D`Eon.

Mamotte! Lollipop is another kid’s show that I can probably watch without subtitles. There’s a lot of magical references thrown in there, but luckily I watch a lot of anime with magic in them!

Muteki Kanban Musume also has a lot of words that just go over my head. Luckily, most of the gags in this anime are visual. I can get most of what the meaning is by context, so I might keep watching anime this raw.

Zaizen Jotaro has a lot of crime words and gangster slang. I can’t really understand much of what they say in this anime, but it doesn’t really matter anyway. If I keep watching this, it’s because it’s hilariously bad. The badness transcends language barriers.

NHK has a lot of specialized vocabulary, too. The first episode taught me “inbou” which means “conspiracy.” I probably have a 50/50 chance of watching it raw vs. subbed.

Otogi-Jushi Akazukin is a funny anime in the sense that it’s for kids, but it still has some specialized vocabulary. I think most of it has to do with the fairy tale stuff. I’ll probably keep watching this raw, and absorb the vocabulary eventually. Most of the stuff they say is simple enough to understand.

I’m a bit on the fence with Tsuyokiss. I’m pretty sure I can watch it raw, as most of the vocabulary is school kids stuff. I’d probably enjoy it more watching it subbed, though, as it would allow my brain to rest.

Tonagura! is fairly simple to understand. There were some parts in the second episode that really confused me though. If Hinano hadn’t told me that the parents were on some kind of island, I would’ve been completely lost. So I might just wait on the subs unless I can’t hold out.

Zero no Tsukaima is simple, except for the magical terminology they use. Hopefully I can pick it up quickly. Someone needs to make a list of the hard words for these kinds of anime…

And there you have it. In summary, I’ll probably keep watching all the kid’s shows (Powerpuff Girls Z, Mamotte Lollipop) and the easier anime (Binbou Shimai Monogatari, Chokotto Sister) for sure.

I should also watch one of the harder ones like NHK ni Youkoso just to make me work harder. I mean, if all I watch is the easy stuff, I probably won’t learn anything new, right? In addition to just watching anime, I’ve been reading some manga in Japanese, which should also help build my vocab.

I’ll also continue watching Kamisama Kazoku from the previous season, since it’s a good balance of challenging/understandable, and plus I like the story! The subs are also taking a while to come out (which was the main reason I started watching it raw in the first place!).

If any of the anime series I like stop being subbed, I’ll probably watch them raw as a last resort. It shouldn’t be too hard with a dictionary on hand…

Hey if you don’t know whats going on, there’s always blogs by raw watchers you can rely on! 😀

watching raw is definitely challenging…for me i always try to constantly compare the dialogue with the sub. its like my brain has to operate on two parallel processes to decipher what I hear and simultaneously superimpose and rearrange it on the screen subtitles. but it has since become a second nature for me as I watch. and u slowly start to be able to tell the difference in quality between subs. it also prompted constant rewinding, cuz sometimes u just go like, “wait what did he/she just said?” and that used to drive my roommate crazy. its certainly a good way to practice my japanese, and grammar structures become surprisingly obvious to the ear once i started doing that. it was especially fun with shows like Honey & Clover which has a lot of beautiful quotes. i remember taking a couple rewindings to finally get takemoto’s monologue about his riding the bike at the first episode into my head. ganbatte with ur raw watching 🙂

I, for one, admire your determination to watch raws despite your level of understading the Japanese language. I salute you!

Yay! And I was looking for an easy-to-understand anime to practise my japanese… Thank you!

I must admit I can’t make sense of things without the subs on, especially when it’s character-driven stuff rather than action, where the dialogue matters most. For that reason it’s reassuring to hear that Bokura Ga Ita is being subbed…after days of fruitless searching I thought that nobody was bothering with it!

Please tell me what anime is the image at the top from.