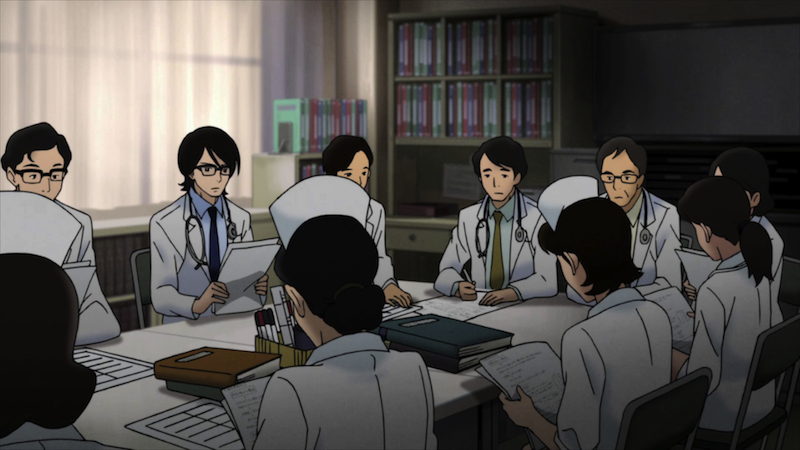 Luckily, things resolved themselves pretty perfectly this episode. First, Ritsuko starts treating Kaoru super nice after his temper tantrum. It’s probably because the other girls thought they were dating. After hearing that this was not the case, all the other girls were brought into Kaoru’s yard (possibly drawn in by his milkshake?). Ritsuko probably needed this for social proof that Kaoru wasn’t just some random thug. Then the two of them were put onto the school festival committee, which is pretty much a wedding sentence in anime.

Later on, we find out that Jun-bro is emulating his hero a bit too closely, strung out in the basement of Ritsuko’s dad. This is majorly awkward since Yurika and Sentarou were about to make out, even though Yurika seemed more into Jun-bro.

Finally, when the day of the festival comes, the Beatles cover band is sabotaged by some upperclassmen, so Sentarou and Kaoru go unplugged and wow the crowd with a medley of jazz standards. Triumphant, and to sound applause, the two bros run off into the sunset to make jazz together forever, starting with My Bromance.

So… I’m not sure what’s left for this series. I guess they can play more jazz, hook up with bitches (“I played that bitch some jazz; Bitches love jazz”), and get Jun-bro into rehab. After that there’s not much more, right? Unless it’s revealed that Yurika is really an alien and they need to save her from the Men in Black or something…

That Author guy pointed out that I didn’t blog the end of this series. I guess I am getting really bad at that. I did, however, manage to watch the whole thing, along with Amagami SS++.

Ano Natsu was interesting in that it felt like an anime that should’ve (and had) been made years ago. It’s basically a re-make of Onegai Sensei, with the same character types (but different characters). The thing that made Ano Natsu enjoyable was that it was executed damn near perfectly. The pacing, animation, humor, etc were all great. I think the one thing it lacked was a bit of originality. I guess you can’t have your nostalgia cake and eat it, too, though.

While the show became a bit self-referential (at least to its genre and history), that was more of a fan service than innovation. I’m talking about how they went all out with the alien chase at the end, and made the “fufufu” sensei into an actual MIB agent. It reminds me of how Arrested Development went insane at the end, since they were ending the series anyhow.

Another thing they did well was the ending. Up until the last moment, you don’t know whether the two main characters stayed together or not. I was kind of guessing they’d pull a Gainax ending (a la Mahoromatic), but they played it safe, just as you’d expect.

All in all, Ano Natsu De Matteru was a nice trip down nostalgia lane. 2000s anime doesn’t get much better than this! 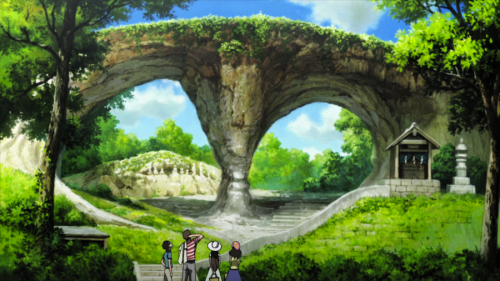 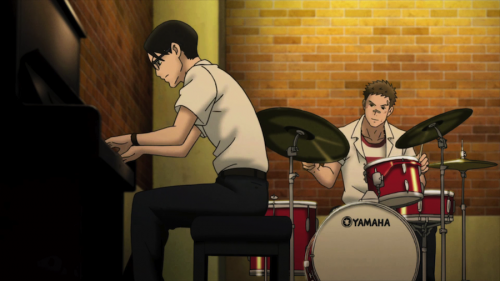