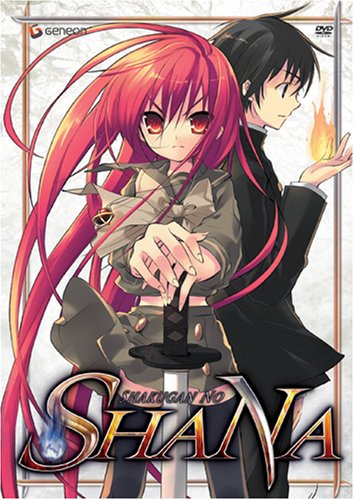 i love shakugan no shana,i’m already on the fifth volume!good anime^-^

I didn’t dislike Shana’s English voice, but like you, I prefer Rie Kugimiyaâ€™s voice. Much more moÃ©.

Kugimiya Rie’s voice was like, meant to do Tsundere characters. That’s probably why she sounds the most comfortable to me when she does the voices for one.

Kugimiya Rieâ€™s voice was like, meant to do Tsundere characters.

i LOvE ShaKugan no shana My favorite Show

she is very strong girl

power gets her a beautiful atitude

I really like it . And for me shana is one of the cutest anime girls i have seeen

i accidentally put Shsns on my last thing

ya well my name is actually Shana in real life!

i love so much shakugan no shana …

im a super adick with this anime !!