Spurred by some comments I left on Samazama about supporting cast in anime, here’s another poll!

For some reason or other, I always end up liking the characters in anime that have no chance with the main character. They’re still there, and still smokin’ hot, but there’s no chance they’ll "win" in the end. In some cases they might not even be interested in the main character; I just think they’re more interesting than whoever’s flaunting it in the foreground.

Here are my picks for best minor (not as in age, although I guess some of them could be minors. uh oh…) character in the current Winter 2006 anime batch: 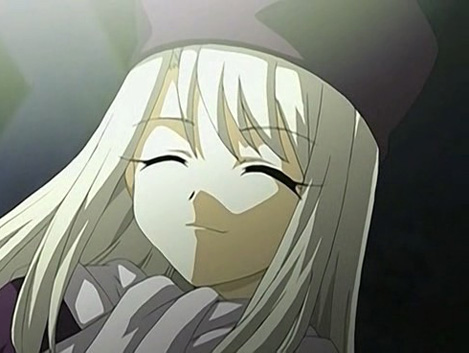 Sure, Ilya may look like a kid, but… is she? Uh oh. What kind of a kid has grey hair already? Anyway, she’s just so dern cute calling Emiya "onii-chan" before getting the berserker to club him! Too bad she’s sworn enemies with Emiya, or she could easily be added to the harem.

Pros: Grey hair (There’s something about girls with grey hair that does it for me. Probably only in anime), lolicon, cool hat 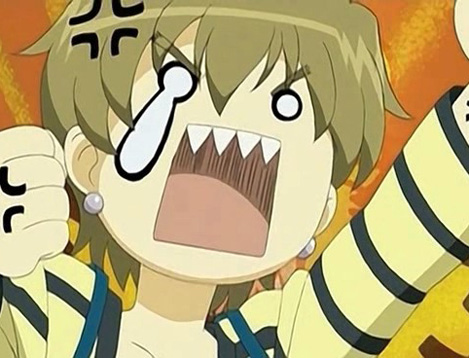 Fujimura Taiga-sensei, or Fuji-nee, serves as Emiya’s mother figure and teacher too. Just like in Happy Lesson! Fuji-nee is no pushover; she’s a kendo 5-dan (whatever that means)!

Pros: Teacher-con, clumsy-con, possibly a "taiga" in bed (I apologize profusely for the pun), allows hot girls to sleepover.

Cons: Sort of happens to be Emiya’s "mom." That didn’t really stop Chitose in Happy Lesson though… 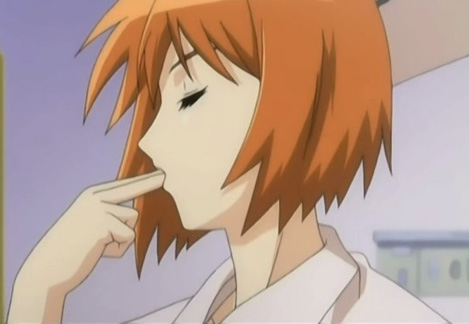 Sure, she’s a really bad nurse, but also has a softer side, unlike bokusatsu drunk doctor. She used to be in a biker gang, and can whistle (that’s what she’s doing in the picture, perverts!). She doesn’t have much chance with Yuuichi, though.

Pros: Um. She’s a nurse? And she can beat you up. That’s definitely sexy.

Cons: She can beat you up. She’s a chain smoker (gross!). 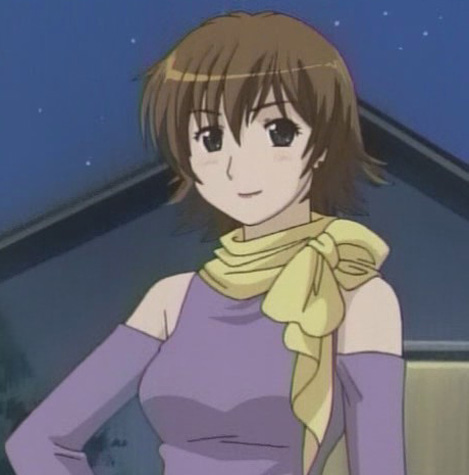 Without a boyfriend for 35 years (and announcing it every day), Namiko-sensei puts her students first. That, and falling down a lot. She could probably be Fuji-nee’s sister. Sure, she’s a klutz, but she’s also one hot teacher! 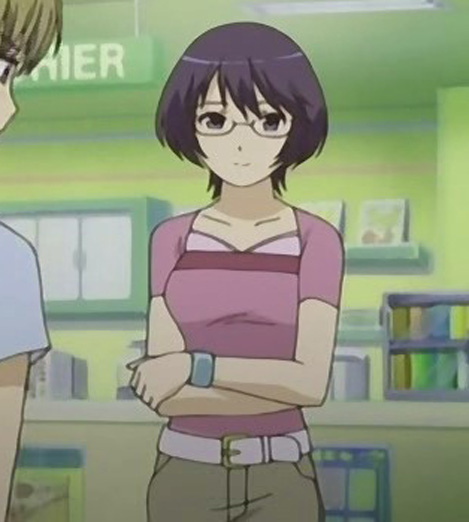 Ayuki is the cool-headed intellectual of the Kashimashi girls. While everyone else is running around like a decapitated chicken, Ayuki is handing out sound advice and being generally cool. She also looks like Nanaka from Nanaka 6/17 (though in Nanaka 6/17, I was actually rooting for Amemiya… but I digress). 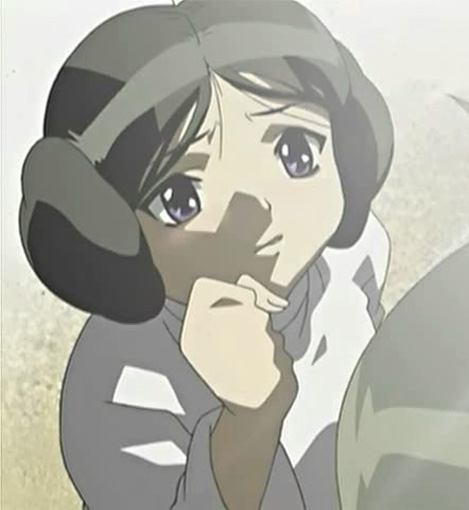 Kurosu Yuri is the class president and secret admirer of Haruo. Unforunately, she’s never been able to successfully confess to him. Unless, of course, she’s in a dream sequence as Princess Leia *drools*. Why they didn’t draw her in the "Slave Leia" outfit is beyond me. Normal Leia is still hot enough.

Cons: Kind of a stalker… 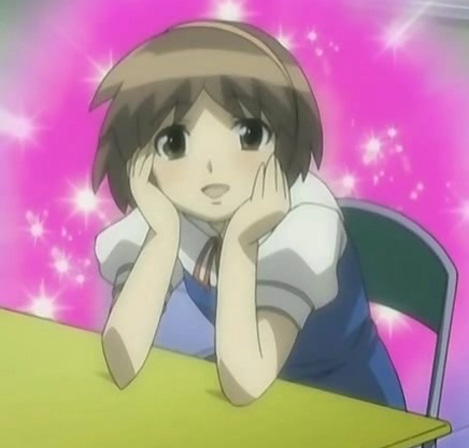 By far, "Umi" is the least visible girl in the poll. I don’t even know her other name! She’s the vice president of the student council, and is in love with Yuri (the girl, er… maybe both). I just think she’s really cute, and that she should have a bigger role in the anime. Of course, I am a big proponent of shoujo ai, so it’s only natural that I like this girl.

So there you have it, the not quite ready for primetime girls of the 2006 Winter anime season. You can probably guess who gets my vote by reading the pros and cons of each girl…

You can now vote from here, since the forum voting system was kind of inconvenient to use. Here’s hoping for spinoffs for each girl on the list!

Just from the screens above, I would have gone with Umi, but I haven’t really been watching Magikano (except episode 1)… So instead I’m going with Namiko-sensei with Ayuki as a close second. 🙂

It was a close call between Ayuki and Akiko, but the yakuza-speak girl 4tw!

I am Gilaile of an Ayuki alliance.
Thank you for participation!
In a Hung-like site, “Ayuki” seems to be a sign of life. As far as I am glad.
The member of Ayuki alliance number is 10.
We are looking forward to hearing from you!

This sentence is translated into English in a translation site of Yahoo! JAPAN,; but of expression when is strange, there is much it. Please understand it.

Hey I love them all it was a close call btween the first and last ones I think they are all so cute!:)