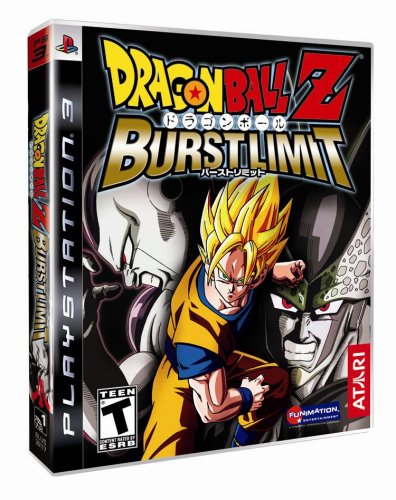 Back when anime was consumed via VHS tapes from my cousin’s uncles in California, there was a series that pretty much defined anime, or as we liked to call it, JAPANIMATION! And that series was Dragonball Z. I remember watching whatever we could get our hands on. I wasn’t into it as much as my cousin, but I remember watching at least the first few episodes where Piccolo and Goku fight that really weak guy (well, he was strong at the time but turned out to be a flunky Saiyan or something).

We also watched some of the movies, especially when they finally started showing up on the Cartoon Network. But by that time I had sort of grown out of the DBZ phase. All I know is that Goku dies at some point but then comes back and does training in some kind of gravity chamber? And Trunks is like, Gohan’s kid or an android or something. Really, my knowledge of the series is laughable.

So onto the review, I guess. The game has a few standard modes like “story” and “training.” Since I’ve never played a DBZ fighting game (okay, I played Budokai like ten years ago but I don’t remember anything), I went to training first. The training is okay, except that it forces you to go through about 15 or so training lessons. After each of these lessons, the game is saved and you select the next one. This would be okay, except that the loading kind of takes a long time. I don’t understand why a continuous training session wouldn’t work just as well. It took about an hour to get through the training.

The main mode of the game is its story mode. Here’s where the game kind of turns against non-fans. I guess it makes sense that most people who play this game will be familiar with the DBZ storyline. All I remembered was just the first part where the Saiyans invade. After that, the game kind of makes no sense. It just becomes a lot of funny terminology like, “I didn’t know he could change his power level!” and “His power level is 7000… 8000! IT’S OVER 9000!!!”

I guess one of the selling points of this game are its in-game cinema things. You can trigger certain events in story mode that happened in the anime. You get a score at the end of each battle depending on how many storyline things you saw and how many moves you used, etc. It’s the kind of thing that would probably seem really cool if I was actually into the series.

As far as the actual action goes, the fighting is okay, but it just feels a bit clunky. For one match, I just used the “KAMEHAMEHA!!” thing over and over again and won pretty easily. The difficulty level seems either too easy or too hard. Of course, I didn’t spend much time trying to get good at it or anything. I just kinda smashed buttons. The tutorial went over all possible moves, but did so in such a way that I forgot half of the stuff I could do by the time I started playing the story mode.

Besides, I’m a Tekken player. I also do Street Fighter II, sometimes. But I grew up on Tekken and basically pledge my allegiance to it. You can’t expect someone to go from that to the DBZ system, right?

Finally, I should mention that the graphics are really, really good. They’re probably the most impressive part of the game. The cel shading is done in such a way that it really does get close to the feeling that you’re watching an anime. And the signature DBZ superfast punching in the air is intact and seems faithful. The only lame thing I noticed related to the graphics is that when you KO someone in the air, it shows the exact same “guy falling to the Earth at faster-than-terminal-velocity” animation. It gets old when every guy you KO is in the air. But I suppose they have to do that when the next cutscene is the guy lying on the ground grunting.

Overall, I’m sure this game will appeal to DBZ fans and appeal less to non-fans like me. But you probably could have already guessed that. Oh well, at least we know now for sure.

Many thanks to Atari for sending me a review copy of Dragonball Z Burst Limit!