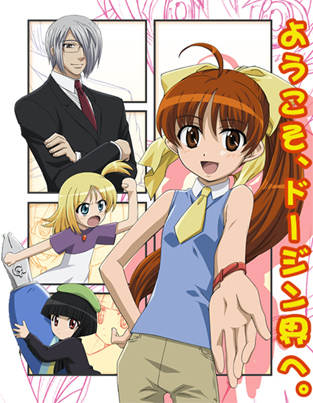 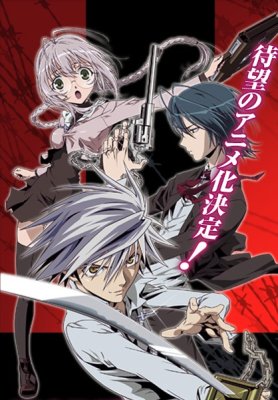 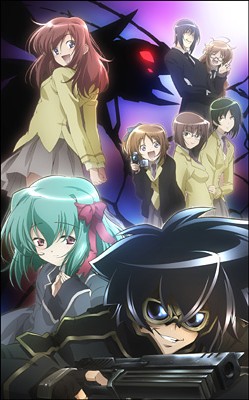 I liked Zombie Loan when it was called Yu Yu Hakusho.

all series I am looking forward to

For the information, the “mushi” in mushiuta aren’t bugs, they’re freakish monsters.

Follow-up on Mushi-Uta: the guy in the front with the gun? He’s one of the “mushi.” 😉

Thanks for the previews. So far it looks like a very dull season. But maybe you’re keeping the best ones for later?

“I liked Zombie Loan when it was called Yu Yu Hakusho.”

If you’ve actually read the manga in question, you would have discovered that Zombie Loan is more shoujo than shounen.That’s the difference.

If you have time you should read the couple of chapters of Doujin Work that have been translated. Its definitely very different to Comic Party and Lucky Star.

If Zombie Loan was really about a zombie wanting an auto loan, I would watch it in a heartbeat. Haha.

Doujin Work should be pretty good, since the manga is very amusing.

I didn’t think Comic Party was lame (the TV series, not Revolution). Even if the characters were not realistic, I did like how Kazuki is drawn into the doujin world and struggles to find his own style. But certainly Genshiken is far superior in presenting doujinshi creators. I would hope Doujin Work might take after Genshiken more than Comic Party, but being a 4-koma I doubt it will.

It also has characters named Justice and Miss Bloomers. One thing to note about Doujin Work is that it’s written by Gogi Power Hiroyuki, who is responsible for such memes as JAM IT IN, A cat is fine too, and legendary facial expressions.

Out of those 3, I’ll be watching mushiuta. The art on the site looked fantastic!