Is it already time for anime season previews? I guess so! Here’s a quick look at Black Blood Brothers, Silk Road Shounen Yuuto, Gin Iro no Olynsis, and Pumpkin Scissors: 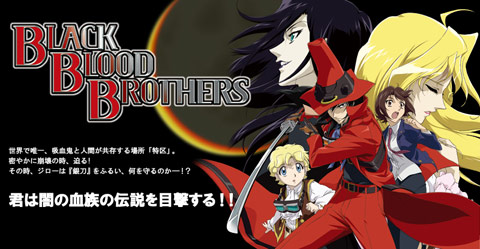 In addition to being an awesome tounge twister, Black Blood Brothers is the first of the Fall 2006 anime that I’ll preview. It appears to be about a sword-brandishing vampire hunter. He looks like the Red Mage from Final Fantasy!

I found a preview video which is oddly in English. Or should I say, Engrish? The animation looks decent, though I did spot a bad CG helicopter. Vampires are cool, so I’ll be keeping an eye out for this anime when it airs later this month. 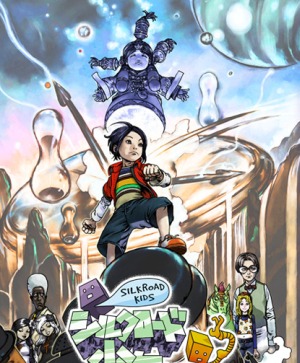 Silk Road Shounen Yuuto reminds me of the Wizard of Oz. Just replace the silk with gold, Dorothy with a boy, and Oz with China. Or something. It looks like the anime will be a journey through the world of Chinese history.

This anime looks like it’ll be an all CG animation even though the preview picture is drawn. I’m very much against CG “anime,” so I probably won’t watch this.

Gin-Iro no Olynsis looks like another one of those post-apocalyptic mecha anime that we all love so much. There’s not much info on it right now besides character sketches and the basic story overview. My quick verdict: I won’t watch it because it has mecha! 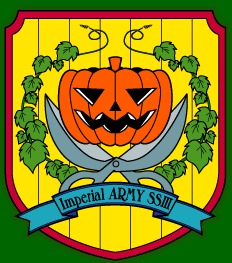 I think Pumpkin Scissors wins this season’s unique name award. I have a feeling there’ll be a dearth of both Pumkins and Scissors, but whatever.

The anime seems to be about a post war peacekeeping brigade. The character designs seem okay, but I’ll need a bit more info before I call it a “must watch.” Also, GONZO’s doing it, so watch out!

Uh one of thee “CG” anime happens to be Haruhi. Anyway, three of the four above look interesting to me. Hell I’ll probably watch all of them.

The preview for Black Blood Brothers was kinda weird. I’m so used to listening to anime previews in Japanese that it felt as though I was listening to a Hollywood movie preview instead.

That said, the premise of senseless action appeals to the caveman within me, so I will give that show a shot and see if it can get my blood pumping.

That lead character in BBB has very poor dress sense.

Hmm. Looks like, to you, half of the anime titles this fall season seem disappointing. Are there any more titles you should add?

Oh, by no means am I done just yet. Notice the “Part 1?” Yeah, this is gonna be a week long event.

Yeh check the calender at http://anidb.info/ heaps of new shows – I hope they’re better than the lousy summer season

i saw a small list on hongfire.com, definately looking better than summer:

The date order may kinda surprise you at first, so I though I should tell you.
It’s: dd.mm.yyyy

By the way, I saw all of the titles you mentioned on this blog entry. That’s why I was quite familiar with some of them.

The titles from Hung’s list don’t really seem appealing. But then again, I barely understand japanese…

I hope Death Note won’t be crappy, only because the manga ending was such a bad one (Lord Kira? WTF! Almost seems like there’s going to be a sequel.. =/)