In part 2 of my Fall 2006 Anime Preview I take a quick peek at Ghost Hunt, Marginal Prince, Busou Renkin, and Kin-Iro no Chord: 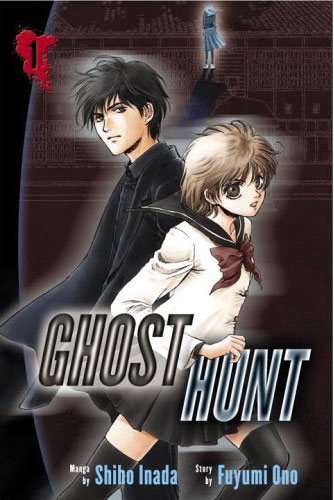 Ghost Hunt is an anime about a guy who has no interest in normal humans. He’s only interested in ghosts. Follow the adventures of Kazuya Shibuya and his indentured servant Mai Taniyama as they investigate ghostly phonomenon!

This anime started out as a manga, and the manga has already been released up to Volume 5 in the United States by Del Rey. I found a preview of the first volume on Del Rey’s website. It seems like this anime will be one part Haruhi Suzumiya and one Part Haruhi Fujioka…

If you want to get in on the Ghost Hunt action before it airs, you can get
Ghost Hunt Manga Volume 1 at Amazon.com. The sneak preview of the manga that I read seemed interesting, so I’ll definitely check this out. 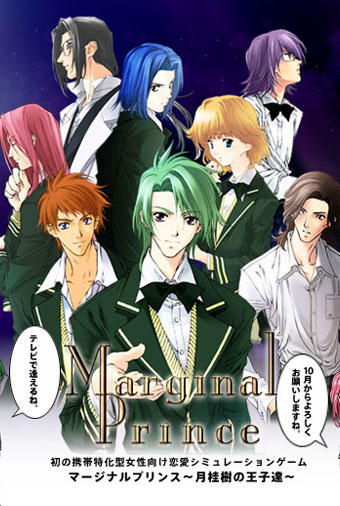 Marginal Prince seems to be another one of those video game to anime conversions. Not just any game, though, Marginal Prince began as a cell phone game!

I wouldn’t assume that the story is very good. Also, it seems to be an otome (girls’) game, so yeah, I probably won’t watch more than the first episode, unless it turns out to be really funny (and by funny, I mean bad). 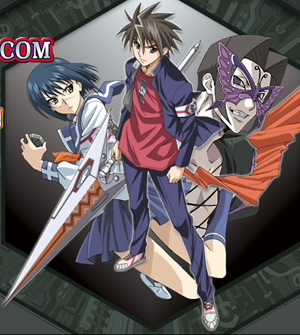 Busou Renkin seems to be another generic shonen action anime. It involves monsters, alchemy, and a big sword. Like Kiba, I probably won’t be watching this past the first episode. 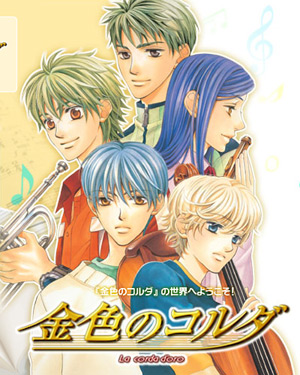 Kin-Iro no Chord is also based on a dating sim game. The difference is that this anime is about band! To make an analogy, PASSION and JUSTICE are to jpmeyer as Band is to Hung! So yeah, I’ll totally check this out! It’s not every day that a romantic anime about band comes along! The OP and ED better be really good, too!

But Busou Renkin has Tokiko! A tsundere with a cool scar and 4 independant blades!! FOOL!

Also its by Watsuki Nobuhiro aka Rurouni Kenshin’s author so it’s worth a try. And yes it is sort of shounen but with a few interesting elements. Such as a psycho panty butterfly boy.

All of the 4, only Busou Renkin interest me. x.x

So, Ghost Hunt is like combining two Haruhi’s from different dimensions? Sold! I was thinking that somebody out there has a vision about this. XD

Oh and by the way, the title itself, “Ghost Hunt”, is blatant already in terms of plot.

Kin-Iro no Chord looks interesting. I’ll be watching this one when it airs.
I was hoping bluemist would pick this one up as well. See one of his To Heart reviews. 😉

busou renkin was kinda weird…(i’ve read the 1st vol.) that main female kinda looks like an yakuza boss hehe dunno, somehow kinda dull… i wonder if its cos the manga had no ‘voice’ to counter that

anyway… i used to have expectations for the show… but it seems it’ll be done by XEBEC =( (obs: regardless, i hope they just dont mess up like they did with negima o_0U)

bad part of it… more honey&clover after ep 12 =(~ . things will be boring for a while… if only i could stay awake through an ep of mushishi heh.

Speaking of Busou Renkin and Nobuhiro Watsuki, I THINK I saw a Shishio (of Rurouni Kenshin fame) cameo once in there… might actually try that anime alone.

I was highly anticipating Kiba before it aired – only to be sorely disappointed. Now, it’s Busou Renkin. i really hope it doesn’t turn out like Kiba, where everything is just so awful.

Can’t wait for all the new stuff. Some of it looks real promising.

kiba isn’t that bad heh, but could be done in a better way.
early eps promissed a lot. oh well there’s no bankai and stuff though

nd i wish you we also show us new a complete series of a new anime in the world!!!!! ;D