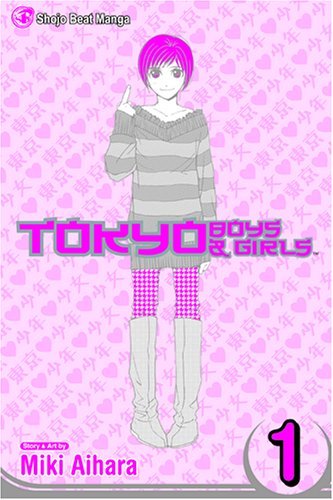 Moving right along with my Shojo Beat sampler, today I take a look at "Tokyo Boys & Girls."

According to the quick primer: Kohsaka Mimori has just entered the high school that she wanted to go to. Why did she want to go there? Because of the awesome uniforms. Personally, I would have gone to MIT had they hooked me up with some sweet sailor suit action!

Anyway, she starts off well enough by quickly making a new friend (Takaichi Nana). However, her life quickly gets worse when she becomes class president (a thankless job), accidentally peeps on a bunch of guys in a locker room, and has some weird guy (Haruta Atsushi) seek vengeance against her. 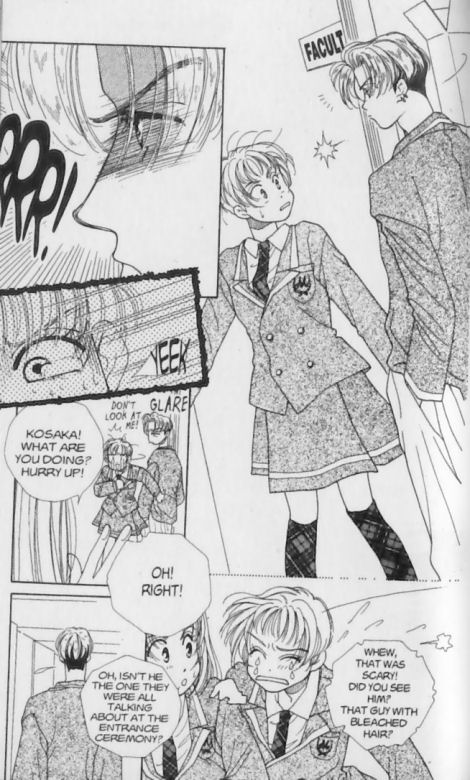 To be honest, I’m not really impressed by this manga. The art a weak point for me. While the cover art looks cool, when you open up the manga, it looks like they pulled a bait and switch! The character designs all look very… old. Not old in the sense of the Fonz in Happy Days, but old as in Queen Millenia old (ok, maybe not that old). More specifically, it appears that the style is dated. I did some searching and found that this manga was originally done in 1994!

Sure, the art style isn’t everything (though it is a lot). How does the story do? It seems a bit cliche and totally predictable to me. My spider sense
tells me that Haruta will end up liking instead of hating Kohsaka, and some kind of love
triangle will be set up. Zany romantic comedy will then ensue… Yadda yadda yadda.

Still, it is kind of difficult to tell how a manga will do by just the first chapter. Maybe the manga gets seriously better! The main goal of a sampler, however, should be to convince me to buy the manga. At this point Tokyo Boys & Girls seems to be a bit lackluster.

Perhaps this shoujo manga stuff isn’t for me, huh? Hopefully at least one of the manga in the sampler will be a hit.

As you might remember me saying, I LOVE shoujo… but too was tricked by this cover… and back cover, too. From just those two, the character designs look pretty impressive and pleasing to the eyes, then when i got comfy in my borders chair, turned the page… BAM. JUST KIDDING… i tried reading a few chapters and couldn’t finish the book… the cover looked soooo good.

Deshou!? It’s good to know I’m not the only one who thinks the cover art is from a different manga. I don’t even know who that girl on the front cover is supposed to be…

I think they really did change the front cover for the American manga. It originally looked like this: 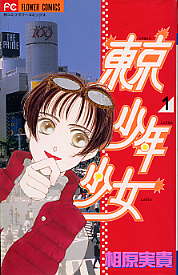 Seems as if the covers were completely redone. I guess they wanted the liken the style to Hot Gimmick to appeal to HG fans, since that series was released earlier.

In all fairness, at least the new cover art is nice to look at. The original covers are damn fugly.

I’m not sure if this is rite but I assume Tokyo Boys & Girls is one of her older series.Saying its her NEW project I think they got that all wrong cuz Hot Gimmick was made more recently,they released it backwards….

But then again,I’m just assuming things ^^;

I so love that manga! I know what you mean with the art, I thought so too at first, but now I’m reading it again and I fall in love in that old style, I love the renew covers and I really like the plot and the characters >