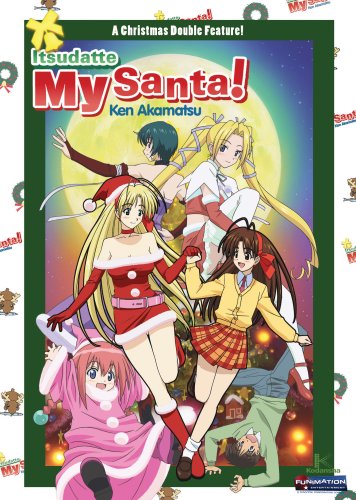 I too just recently watched this, and this was so painful to watch. I was wondering just when it was all going to end…

The only real good part, I thought was how Mai in her Santa form looked similar to Akamatsu’s Saati character from Ai ga Tomaranai (Ai Love You). Gotta love those eyebrows.

I remember downloading this when it was released on fansub, but when I tried to watch it, I ended up deleting it without completing it. It was so terrible that I couldn’t subject myself to it any longer, haha. (Oh, and in the middle of your review, you’ve got a mysterious link to your wordpress new post page of the control panel during the Akamatsu Ken paragraph. ^_~)

@Pange, whoa, weird. There must’ve been some strange drag and drop action when I was writing and I didn’t bother to proofread!