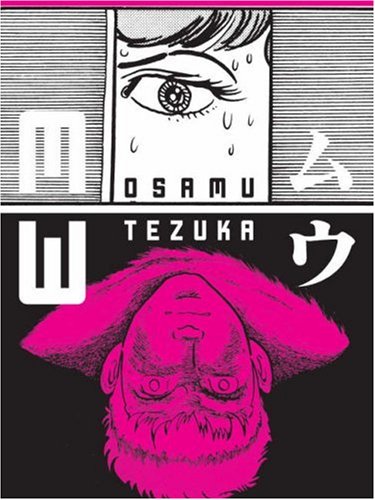 Book Blurb:
Michio Yuki has it all: looks, intelligence, a pedigree as the scion of a famous Kabuki family, a promising career at a major bank, legions of female admirers. But underneath the sheen of perfection lurks a secret with the power to shake the world to its foundations.

During a boyhood excursion to one of the southern archipelagos near Okinawa, Yuki barely survived exposure to a poison gas stored at a foreign military facility. The leakage annihilated all of the islandâ€™s inhabitants but was promptly covered up by the authorities, leaving Yuki as an unacknowledged witnessâ€”one whose sense of right and wrong, however, the potent nerve agent managed to obliterate.

Now, fifteen years later, Yuki is a social climber of Balzacian proportions, infiltrating the worlds of finance and politics by day while brutally murdering children and women by nightâ€”perversely using his Kabuki-honed skills as a female impersonator to pass himself off as the women heâ€™s killed. His drive, however, will not be satiated with a promotion here and a rape there. Michio Yuki has a far more ominous objective: obtaining MW, the ultimate weapon that spared his life but robbed him of all conscience.

There are only two men with any hope of stopping him: one, a brilliant public prosecutor who struggles to build a case against the psychopath; the other, a tormented Catholic priest, Iwao Garai, who shares Yukiâ€™s pastâ€”and frequently his bed.

Analysis:
To say that this story is complicated would be an understatement. But I’ll try to roll it into a few sentences anyway! Basically, Yuki is smart and insane, which is a deadly combination. He has no conscience and does whatever it takes to meet his ends: scoring some sweet MW! Garai is somewhat powerless to stop him, since he’s a priest and can’t snitch to the police. But he also happens to be Yuki’s homosexual lover as well. Originally Garai came on to Yuki, so there’s a weird dynamic between who’s really in charge of this relationship.

As the story progresses, Garai wants to stop Yuki, but he ends up being more useless than Hamlet! Which is to say that he stands by as Yuki murders, tortures, dresses in drag, etc. The last one isn’t really a crime, especially since he does it quite convincingly! The plot relies heavily on Yuki’s insane schemes and plots. You really have to respect Yuki as a criminal mastermind. At the very least, he’s really good at manipulating and kidnapping people.

Besides the useless Garai, there’s also a detective character that seems to be the basis for L from Death Note. He begins as something of an antagonist but in the end I was rooting for him to beat Yuki. Unfortunately, his role in this story seems to be relegated to “plot catalyst” instead of as a fully developed character.

Towards the end, the manga ends up getting a little crazy as the stakes get raised to the point of the complete annihilation of human life on Earth. Things seem inappropriately melodramatic. I guess it’s just hard for me to believe that one insane Kabuki actor can wield enough power to wipe out all of humanity and keep a straight face. There’s a somewhat wacky turn of events at the end that leads to a really hokey (and completely predictable) twist ending.

The Actual Book:
The manga is flipped so that you can read it from left to right. It’s sort of strange, since the last Vertical book I read was To Terra, which went right to left. I’m not sure what Vertical’s stance on flipping is, since they seem to do it on a book by book basis. Everyone in the manga seems to be using their left hands predominantly, which is downright sinister! I know, bad pun…

Conclusion:
MW does have a compelling storyline and some interesting plot points. But some of the melodrama in it is just too cheesy for me to process. The ending is also predictable, though still satisfying in a way. Overall, it’s good, but I think I had too many chuckles during the intense parts which tells me I can’t really take the story as a whole very seriously.

Many thanks to Vertical Inc for sending me a review copy of MW!

The reason why Vertical’s Tezuka books are flipped is because of the late Tezuka himself, he wanted them to be.

..]one another interesting source on this subjectis ,www.basugasubakuhatsu.com,..]