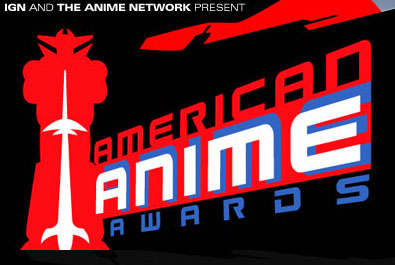 So on Saturday, they had the First Annual American Anime Awards at the New York Comic con. I was actually streaming the show for a while, but I lost interest fairly quickly. I only checked back again to find the results today. Here they are:

To me, “American Anime Awards” seems sort of like an oxymoron. Anime isn’t American; by my definition it is Japanese. Now, I don’t really have a problem with awards for best voice actors in dubs. I do find it kind of lame that a bunch of Americans will go up and accept an award for Fruits Basket being the best manga.

I guess the original Japanese artists had something better to do than fly to New York and attend the ceremony. In that case, I guess I could understand the American company accepting the award. It still seems somewhat wrong to me though.

Then again, these awards shows are always pretty bogus and self serving. Though I did watch a lot of the Oscars last night and enjoyed them… What do you think about the American Anime Awards? Long overdue or dubious at best?

Voice actors in US are no where as celebrated as voice actors in Asia, so I can’t see how this award can catch any attention from the general public. It probably would even backfire amongst “hardcore” anime fans since general consensus on quality of dubs is pretty negative. Personally I watch most stuff subbed so I don’t really care, I would imaging that to be the view of majority.

Btw, is there an Academy Award equivalent for animes in Japan? I’ve never heard of one.

I agree that the idea of giving awards for best Dubs/Dubbers/VAs for Dubs is a good idea. But it is rather bogus to give awards for Anime Feature, Best Long/Short Anime, and such.
Though it cracks me up to see FMA easily stealing the show.

Eh, I suppose some people know what’s good for them at least.

Ugh! IGN. You know, I’d rather be hit with a Salamander Stream than see anything that deals with IGN.

Hehe It’s more like the “Licensed In America Anime Awards” Easy to tell becasue everything is at least 2-3 years old (or 7 for FLCL, and it was even on Adult Swim like 3 or 4 years ago). I got an email telling me to vote online from adv and only ended up voting in few categories because I hadn’t heard nearly any of the dubs. Where are the real seiyuu!?! As it stands now awards for englishs dub are pretty useless because 99% of them are crap. Occasionally there will be something quite good (Cowboy Bebop, GITS:SAC) or absolutely perfect (Azumanga Daiou). If something like this serves to increase the quality of english dubs then it will be quite a good thing but this doesn’t look like a breakthrough to me.

The way the voting system worked, it seemed to me more like a popularity contest than a real award for “the best” anime/manga. Things with a great critical reception, such as Kamichu or Monster, were nominated, but obviously, they didn’t stand a chance against the most popular titles. So I didn’t really cared about this.
However, I feel relieved that FMA was the big winner. It’s not an old series (like most of the nominees) and it’s pretty good, at least until they invented that Dante crap for the anime. The manga is way better :p

there is a huge “manga revolution” led by Tokyopop, so the American Anime awards (this phrase goes right up there with “jumbo shrimp” and “military intelligence”. total oxymoron) is probably a part of that.
but i do think that voice actors, theme song writers/performers, translators, and other people involved in producing manga deserve some kind of recognition. Except the whole Fruits Basket thin seems…. eh… just screwed up.