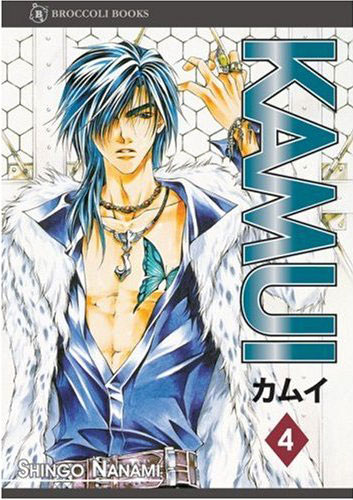 My Kamui backlog is getting smaller and smaller. Currently, the manga is at volume 5, so I only have one more volume to go! Here’s my review of Kamui Vol. 4. 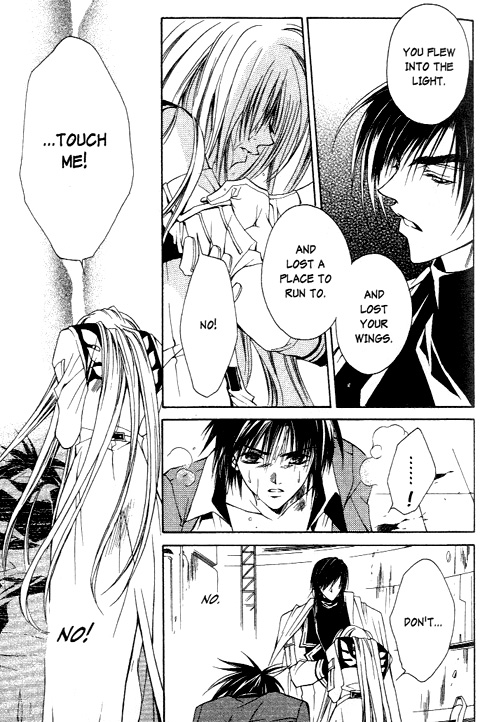 Story: (spoilers abound)
In the last installment of Kamui, we saw Atsuma getting stabbed in the back. No, really, he got stabbed by a sword! This volume consists almost entirely of flashback. The only thing that happens in the present is Okikurumi (the Kamui that Atsuma was trying to retrieve) awakens and tries to eat all of NOA. The rest of the manga shows us the troubled past of Atsuma and his brother Utsuho, who also happens to be the head scientist of NOA.

In the flashback, we learn that Utsuho was raised to be a spiritual protector of the Kamui in his village. The village is what allowed the rest of the world to exist in safety. Apparently, his family line is strong with the ability to communicate with the Kamui. This means lots of inbreeding! Yep, his mom was supposed to have a sister so Utsuho could mate with her. Ewww. Since Atsuma turned out to be a boy, they could yaoi it up all they want and not produce offspring. Ewww.

Lots of tragic events happen, and eventually Utsuho goes crazy and uses Kamui to kill the entire town! He runs off with the Okikurumi, and the rest is history. We only have enough panels in the present again for Kojomaru to tell us that Atsuma is dead. I have a feeling he’s not really dead, just mostly dead… 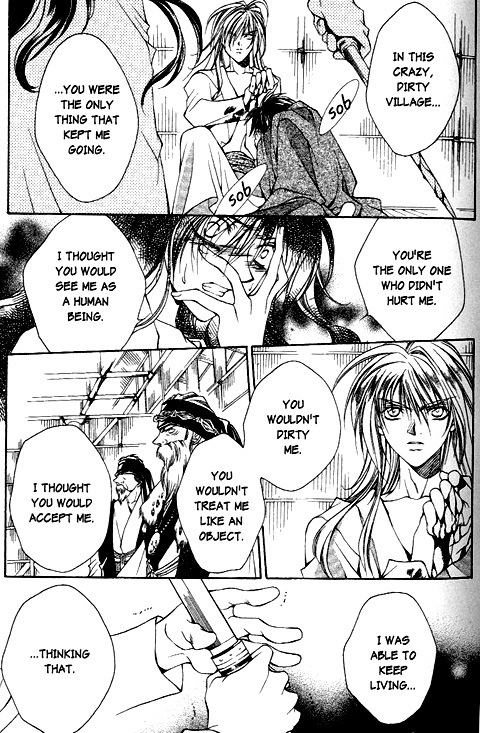 Analysis:
So at the very least, this volume made more sense than the last one. While the flashback explained a lot about the characters’ pasts, it seemed a bit long. Also, it was totally wrong how Utsuho’s Mom and Dad were brother and sister, and how his Mom wanted to mate with him… I mean, c’mon, that’s gross! Although I guess Japanese culture says that’s hot… Also, his mom bleeds flower petals when she commits suicide, which is bragable.

I suppose this volume was more interesting than the last, but I’m really not sure where the series is going. Everything just seems so abstract. The story seems to be without a protagonist, since Atsuma is just a whiny kid, and Sumire is a backstabbing (literally!) obsessed fan of Utsuho. Hopefully things will get more interesting and less confusing in the next volume.

Many thanks to Broccoli Books for providing me with a review copy of Kamui. You can get more info on the Kamui manga at their official site.

I just noticed, in your banner, “buses” is spelled wrongly.