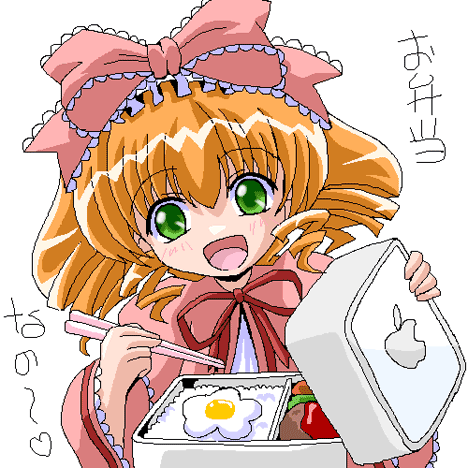 So it’s been about a week since I launched Anime Nano, and I figured I’d give an update on the status of Anime Nano, including stats and other useful information.

User feedback has been very important to me, as many bugs were found by unsuspecting members. I won’t go through agonizing detail, but let’s just say there were quite a few bugs. Feedback has not only been helpful in assisting me find errors, but in figuring out how to improve Anime Nano as well.

On suggestions from users, I’ve added Forum RSS, a remember me option when logging in, number of blogs subscribed to, and other features. There’s still some that I haven’t gotten to yet, though. Generally speaking, ask and you’ll recieve.

Speaking of the forums, I’ve spruced up the Anime Nano Forums quite a bit since the launch date. They’re still not quite perfect (no edit buttons yet), but they’re getting there. Please check them out if you haven’t already.

In about one week, 41 other anime blogs (besides Basugasubakuhatsu) have joined. 0 were rejected. So if you’re scared to apply because you think you’ll be rejected, don’t be. Then again, if you do get rejected, you have permission to call me an ass… Here’s the list of anime blogs we’re indexing as of right now:

There’s still quite a few anime blogs that I’d like to see on this list. I believe there’s a few who are on vacation right now. If there’s one that you’d like to see indexed on Anime Nano, you could ask the owner nicely to see if they’d join. I’d do it myself, but it would feel kinda weird, since it’s my own site. But I’m sure they’ll listen to their faithful readers!

There was an issue that I just found out about where no one could register for like, two days! I wish someone had told me about it! If you tried registering, and got an error, please try again. It should work this time.

As far as the future of Anime Nano, I plan on improving the forums even more (so people use them for more than reporting bugs), maybe adding a messaging function, displaying the correct time zone for each individual user, and much more. As always, if you have suggestions or comments, please direct them to the Anime Nano Issues and Requests Forum.

Thanks for all of the support! I’m really happy to be making something that people enjoy and enjoy using!

AH at work today I just wrote an post about your ANime Nano. Haha. See it later.

Here it is. I hope I provided some constructive feedback.

I’m rather impressed not only with how Anime na no is doing but- no, way more than that- how you’re doing as its creator and maintainer, Hung. Your prompt replies to my posts in the forum, your bug fixes (there were a lot of these :P), your feature adds- all admirable. Great going 🙂

Well all I got to say Hung is â€œWow you are the man!â€? cause AnimeNano just plain rocks. Keep up the great work!