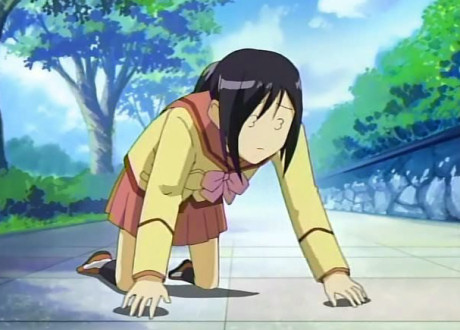 Yep, it’s time for yet another top ten gimmick post! Mine? Top Ten Anime Meganekko! I’m somewhat of a Meganekko Maniac, so I figured I’d do a top ten on one of my favorite subjects: 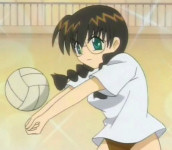 Iincho actually means “class representative, but since everyone calls her that, it’s basically her name. Iincho is a pretty standard meganekko. Her secret? She has a major crush on the lead singer for Snyamp: Koro-chan. 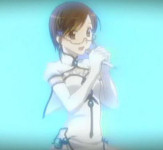 I don’t know much about this character, besides the fact that she’s way cute! She’s shy and doesn’t really talk much either. If I continue watching the Lemon Angel Project anime beyond episode 2, it’ll be because of this fine meganekko!

Sakuragi Matsuri is the youngest of the girls in Ichigo Mashimaro. She’s also the lone meganekko of the group. They’re all cute kids, but Matsuri wins for having megane. For some reason, she already has grey hair. Is this an epidemic in Japan? Maybe there’s something in the water… 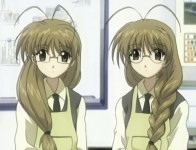 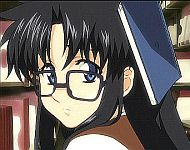 The number 6 meganekko is also a pair (Think of it as my way of cramming more meganekko into the top ten)! Yomiko Readman and Sumiregawa Nenene form the ultimate meganekko yuri duo! Yomiko being a master of paper, and Nenene being a J.K. Rowling type author. Perhaps its’ time for Nenene to write up some slash fiction of her own?

Kirisato Nanaka is a cute and serious meganekko rolled into one! When she’s not being the emo Iincho-type meganekko, she turns into the 6 year old onii-chan lovin’ meganekko! Awesome! She also bears quite a resemblance to Ayuki from Kashimashi.

Minazuki Taeko is a maid-type meganekko. She’s super clumsy though, which makes her a terrible maid. She’s also got huge… plots of land. Taeko may not be a good maid, but she’s an awesome meganekko! 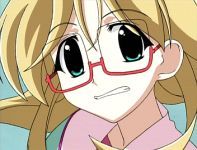 Kanna is old friends with Kisaragi-mama from the Happy Lesson anime. She also sports a very unique set of specs. Like many meganekko, she’s deathly afraid of men. When Kanna’s not inventing insane stuff, she’s kidnapping Chitose to discover what love is. 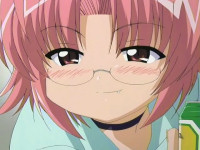 Momono is the drunk college student of the Narutakisou apartment complex. When she’s not tormenting Shiratori, she’s either getting wasted or watching terrible B-movies. Sounds like my kinda woman!

Are you even surprised that Ayuki is number one in this list? I’m a member of the freaking Ayuki Alliance, remember? Ayuki is pretty much the only calm and collected character in Kashimashi. She mostly gives advice and acts cool. She’s also hawt. Seriously. 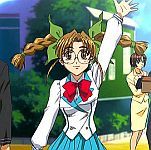 Tokiwa Kyoko is best friends with Chidori Kaname. She’s got some gravity-defying hair and a camera that she takes everywhere. When she’s not hanging out with Chidori, she’s… well, we don’t know what she does, because she’s a pretty minor character. Maybe someday, she’ll get a spinoff. 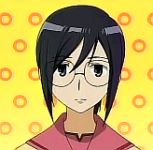 Sayuri Hida is a member of the assault team of the Gokujou Seitokai. She’s a master swordswoman, though she becomes powerless when she loses her glasses. She also loses much of her appeal as a meganekko… 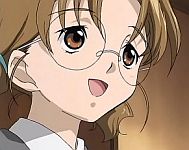 Sakurada Nori takes care of her emo hikikomori brother, Jun. She also takes care of all his dolls. Just don’t try to confess to her, she’s a bit dense when it comes to that.

There you have it, my top 10 anime meganekko! Many thanks to Rob Kelk for supplying a few of the meganekko pictures. Visit his Meganekko Gallery for more glasses-wearing goodness!

Did I make any glaring errors? Did I leave anyone out? Let me know by writing a comment below!

EDIT: As requested by scottfrye, 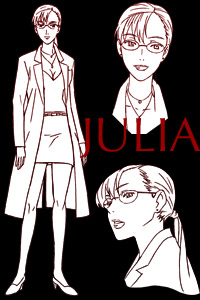 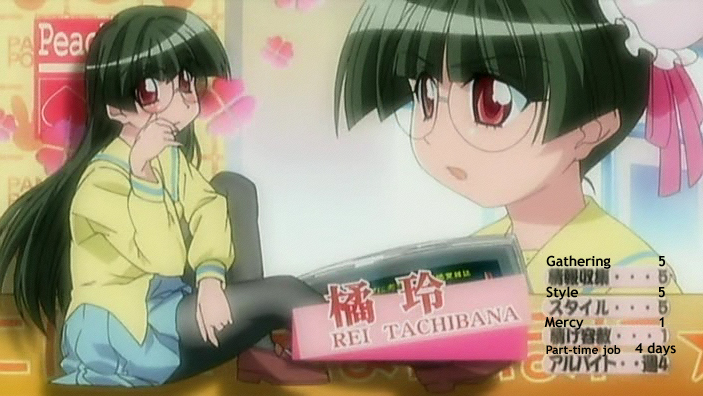 I’m an Meganekko maniac myself. I just wish you had included: Julia from Blood and Rei from Pani Poni Dash! But hey it is your own list. I’m really glad that someone did this list.

Nice! And I thought I was the only one!

I totally forgot about Rei. But as far as hawtness goes, she’s not really all that, IMO. Still, a meganekko is a meganekko.

now that you made me think about it 😉 there are a few that I can think of off the top of my head.

Rei is looks hot later on in the series, especially in a chinese dress.

It even has a seperate list for part-time meganekkos too.

Oops, didn’t read the last part of the post…guess you were already one step ahead!

Ender – Yup. I even included that link in the post. 😉

EDIT: Oh yeah, I guess you realized it too soon!

Great idea. I can’t quibble with your choices, especially since your top two — Ayuki and Megumi — are both played by one of my favorite seiyuus, Asano Masumi. (http://hashihime.atspace.com/Hashi_seiyuus.html#masumin)

And please keep watching Lemon Angel Project. I’m up to episode 9 and enjoying it. Hirama Juri, Fuyumi the meganekko’s seiyuu, can actually sing (OP of episode 7). And so can Shihono Ryou (Tomo – OP of ep.8). For the one percent of people who are interested, I’m blogging the show. (http://hashihime.blogspot.com/)

Whoa, they’re the same voice actress? I didn’t even know that! Pretty cool. As for watching LAP, I’m not good enough at Japanese to watch stuff raw yet, so I’ll have to count on MSF to keep subbing it. Ep 2 wasn’t so bad though.

Thanks for your comments, hashihime!

C’mon, how can you leave out Ringo from Air Gear? :\

Michiru Kita from zombie loan!
And Mine from fruits basket!

i think that has to be number 1 for shure