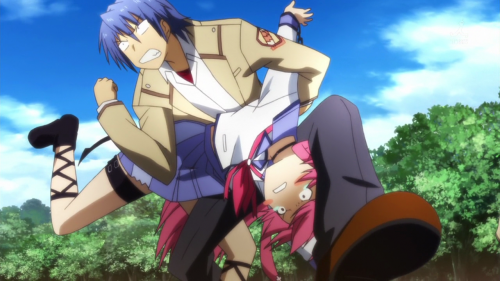 Ugggggh, Lost… 4 episodes left and I don’t really feel any closer to figuring out WTF is going on. I just know that when they wrap up, there will be a bazillion loose ends.

Wait till everyone in the SS gets out and then Otonashi tells them all WE HAVE TO GO BACK!!!