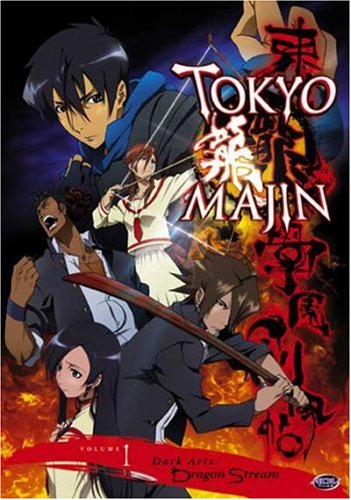 I watched the entire tokyo majin series, and the plot is sub-par. Overall, it’s not worth watching.

It sounds like I’ll definitely have to pick up the DVDs, if they do indeed have good quality footage. When it was still airing, the quality was absolutely terrible which ruined the great sense of style the art has, it looked like I was just watching an extra-large YouTube upload.

As for the plot, all I can say is that it pretty much doesn’t make any sense until a certain point where they just tell you everything (thankfully, although it comes rather late in the season.) The action of course, does carry the series surprisingly well. The first episode was always a bit nonsensical even after that plot point, but the second season is a lot easier to chew (plus, makes the characters much easier to care about) and the end of the first season was spectacular despite similarities to a few other entries of those ancient power/curse/rising dead genres.

Along the way there’s also some implentation of the sort of psychological horror genres that really trip out the viewers which would certainly, again, benefit from better quality, so I imagine the 2nd DVD would have a lot more interesting happenings in it, and the 3rd would, ironically, consist of the majority of the storyline.