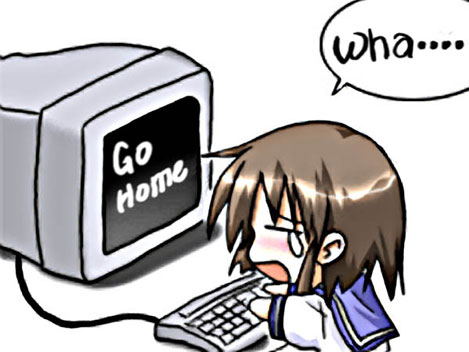 Hmmm, it looks like the site is still running pretty well. People are saying it’s slow, but it seems okay to me…

Subsequent F5s took about 13s to load the page.

No issue from me. Cheers.

did not load for 30secs then instantly loaded.

You’re at 168 now and I was able to post this comment. 🙂 The page loaded a little slow but not bad.

Slow as hell… but it’s still here (there).

As others have said, at first my browser hung as if it were going to time-out, then the page finally loaded after 30 or so seconds. Now to see if this comment makes it…

Can’t believe I’m using a Stopwatch for this…

It took only 3s for it to load for me. Right now there is 150 diggs, and this is on the front page.

Ive survived diggs, farks, even a slashdotting on a tuned 1u single cpu running the same setup (PHP,WP,MySQL, without caching). The box hosts about a dozen sites, mostly low traffic but, but the biggest has gotten over 20 million hits this month already.

That said, Ive never used Media Temple, & I wouldnt bad mouth them. Might be a nice place to work one day.

you’re being linked from BulletinboardForum.comm

well, its gettin pretty slow it seems to me. Not sure what your at for diggs, I want to say around 290, not sure. But, yeah, took about 20 – 30 seconds. I’m suprised the server can handle this, considering people are actually clicking it. I’d like to see what you are getting for hits. Other than that…. i hate your server (mysql sucks hard, as with wordpress). Cheers.

worked fine for me, and quick

WordPress rocks, deal with it.

Anyhow, 319 diggs, the page did nothing for about 10 seconds and then loaded almost instantly.

Nice host you got there it seems.

384 Diggs, instant load (I was already here around 30 Diggs and it took about 30 seconds)

7 seconds from ASU University with ethernet

Your at 411 diggs and loaded perfectly fine for me,

well 396 diggs when I looked, the pages loads, slow, at least 20 seconds. but its running and — if your reading this posts are working

Had trouble for a while an hour or two ago, but now it’s back up to speed. Seems like you’ve got a quality host 🙂

Nice Nice… and what plan is this on?

Loaded fine for me some 480 diggs in

How many GPUs did you end up using? Are you still under the $20/month for the gs server?

It’s either slow as balls (over a minute to show anything) or barfs with a database connection error. L-A-M-E.

Have you considered that this one page is also calling 11 external hosts? (all of which may subject a page load to delays).

Wow…why do you have that many traffic monitors?

526 diggs. Page loaded a little slow but not too outside of the normal. Looking good so far.

537 Diggs and a 6 Second load time, I’m looking at switching all my stuff over first thing in the morning, my current host has started to bite it kinda hard with increased traffic to the site ( 200 concurent users = 20-30 second load times )

looks good to me