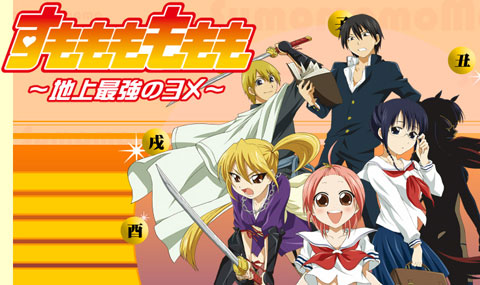 Sumomomo Momomo reminds me of Bobobobo Bobobo, which was really awesome. I don’t think there’s a correlation between the two though, besides the naming scheme.

The story involves two kids of rival martial artists being involved in an arranged marriage. The offspring of such a marriage should produce an awesome martial artist! The girl, Momoko, totally wants the baby like, RIGHT NOW, but the guy, Koushi, does not. I think this anime sort of turns into a harem too. The art and story seem decent, so I’ll check this one out with medium interest. 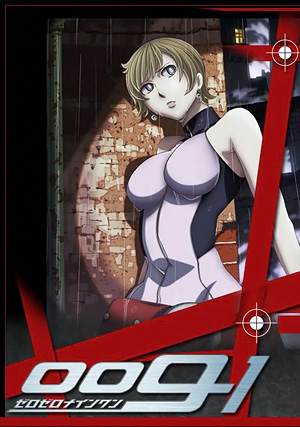 009-1 is a futuristic alternate history anime where the world is split between the West block and the East Block. Cyborg Mylene Hoffman is a secret agent working for the West block. I think she defected. Also, her family is dead!

I’m not too keen on the setting or character designs, but why not, I’ll watch any anime once!

Mamoru-kun ni Megami no Shukufuku wo! 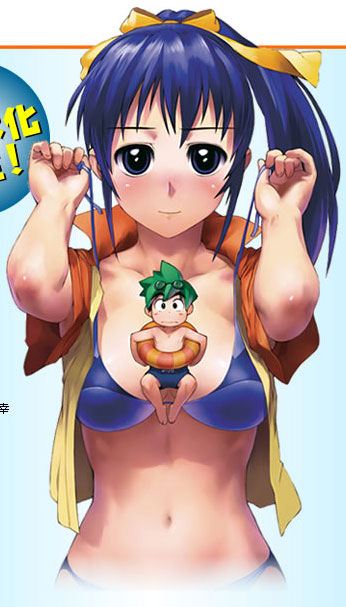 The first thing I thought about when I saw the above screenshot for Mamoru-kun ni Megami no Shukufuku wo was that one game with the giant girl in the bikini. The description for the anime doesn’t really explain why either the girl is giant or the guy is really little, though.

That image also reminds me of Midori no Hibi, except that the guy isn’t the girl’s hand. Apparently the girl is some kind of princess in charge of a high school. Just like Gokujou Seitokai! The website for the anime is at “megadere.com” so does that mean there’ll be lots of deredere? I hope so! 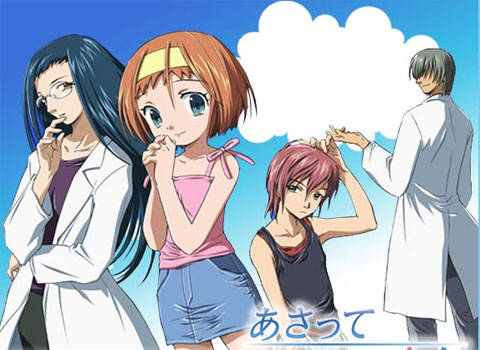 Asatte no Houkou is about an elementary school girl who wants to be grown up, and a grown woman who wants to go back to childhood. I’m guess that maybe they’ll switch a la Freaky Friday (I had a hard time picking which one to link to, and Lindsay Lohan won by a small margin)!

This anime seems like it’ll be your average slice of life type thing, except with the whole age switching thing. Slice of life anime rules! I’ll be watching this one for sure.

Awesome. I love this. I wish I spoke Japanese, and this is probably the closest I’ll ever get! Thank you for blogging! Really!