Red Garden is about three girls living in New York who have learned that their classmate has suddenly died. Some spooky woman tells they that they’re dead as well. It might have been a while ago, but this plot somewhat reminds me of Serial Experiments Lain.

If you listened to Anime Nano Podcast #7, you’ll recall that not one of the three podcasters I wasn’t able to finish watching Lain. Yeah, it’s really crazy. I won’t pass judgement on the anime without seeing it first, but the whole resemblence to Lain is not a good omen.

I watched to promo video. It didn’t really explain anything, but it did feature girls with ugly noses! 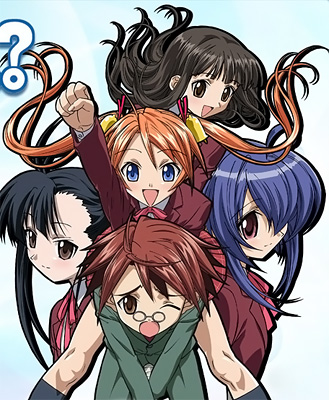 Um, first off, what is Asuna doing to Negi in that picture!? Mahou Sensei Negima is one my guilty anime pleasures. It really isn’t that good, but I can’t stop watching it. At least, that’s how I felt about the first season.

The second season looks like it’ll beat the sophomore jinx. It’s being animated by SHAFT, who also did the animation for Pani Poni Dash and Popotan. Negima with better animation? Sounds like a winner to me! 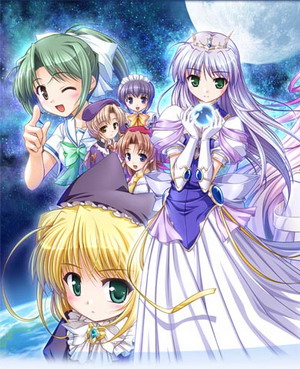 I like to translate Yoake Mae Yori Ruri Iro Na as “Even more azure than the time right before daybreak.” Now that’s azure! This is yet another bishoujo game to anime conversion. There seems to be a ton this season.

The art looks very cute, so Yoake Mae Yori Ruri Iro Na might be the game to anime conversion I watch this season. 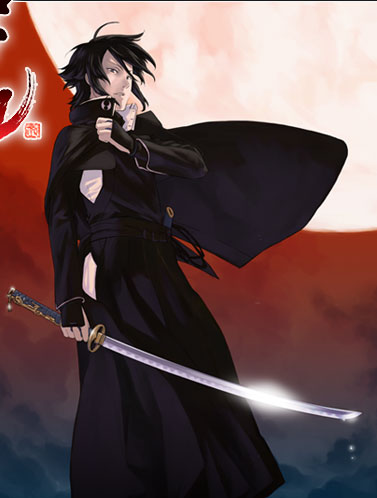 Bakumatsu Kikansetsu Irohanihoheto almost beats Naikaku Kenryoku Hanzai Kyosei Torishimarikan Zaizen Jotaro for having the longest, hardest to say name in anime. Almost. This appears to be an anime about a cool samurai. Unfortunately, info on this anime is very scarce.

Period shows are always kind of a gamble. They can either be really interesting, or boring as hell. It all depends on the execution. And if they have ninjas. So I guess we’ll just have to wait and see on this one.

Bakumatsu Kablahalablalba, ONLY if it has ninjas.

I’ve been looking forward to Negima!? for some time now, just because the manga deserved a better adaptation than what it got. It’s not high on my list, but I’m genuinely curious as to how the remake will look/feel/do.

You’d think it’d be awkward for the guys that did the original animation; having a remake done of the series they really just finished not terribly long ago…like a slap to the face almost.

As a sucker for character designs featuring cloaks with high necks, I’ll have to look into *Copy & Paste* Bakumatsu Kikansetsu Irohanihoheto. (I actually find the title kinda fun to say. Memorize? Hell no.)

what are you talking about hung
I finished lain.
I didn’t say I liked it, but I watched to the end 😛

That dude in Bakumatsu Kikansetsu Irohanihoheto looks alot like Hagi, minus the bandaged arm.

No he looks like a girly Saiga from Speed Grapher.

if its cute – i watch lol

Bakumatsu Kikansetsu Irohanihoheto was covered in this months NewtypeUSA, i think it looks pretty good but then i’m a sucker for samurai shows =/

Wait, negima is a remake and not a sequel? That’s insane! Negima only happened like a year ago didn’t it?

Negima is being remade because the last series was an abomination that was panned by the fans. It was axed from TV, reanimated for DVD (because it looked dreadful), and the project passed onto SHAFT and GAINAX.

Actually, if what I read is correct.. Negima?! the tv series is an all new story based on the upcoming Negima?! manga being released, and has nothing to do with Mahou Sensei Negima.. which would explain why Asuna lack the hetero eye thingy

o really? dang I thought negima!? was gonna be a sequel
oh well I’ll watch it anyway I’m sure it’ll be cute

But then I was an angsty arts student back then, not sure if I could do it all over again now.