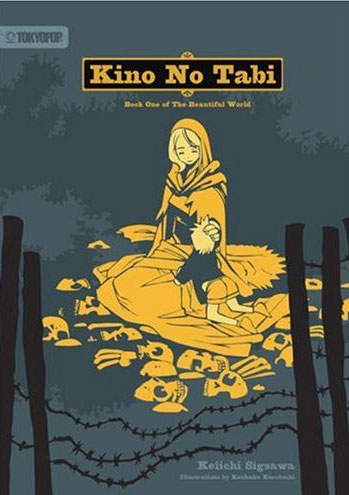 I had first heard of Kino no Tabi (Kino’s Journey) when it was released as an anime in 2003. I had seen one episode, but shortly afterwards, the anime got licensed, so I sorta forgot about it. Fast forward to October 2006, and the Kino no Tabi light novel is released in the US! I’m not a big novel reader, but stick the word “light” in the front and I’m sold!