I did a marathon sprint with Amagami SS and finished the whole series last night. I thought I should write up my thoughts about the show while it’s still fresh in my head.

Amagami SS is a typical bishojou game to anime conversion in many ways, but in others it is quite unique. Most galge conversions (at least all that I’ve seen) only cover one girl’s arc (and maybe a second girl’s in an OVA). Or they take some time off the main route to focus on another girl for maybe 3-4 episodes. Amagami SS takes the unusual approach of having a 4 episode arc for a girl in its entirety, then doing a reset so Junichi can get with another girl.

I think this forces the anime to be a little bit more self aware as it needs to concede to the fact that alternate realities are going to pop up. In a pseudo Back to the Future / Groundhog Day way, we see how Junichi’s actions (and inactions) affect those around him. In a way, it’s really sad to see alternate futures, because Junichi seems a pretty integral part of some of the girls’ lives.

For example, Junichi coaches Sae from being painfully shy to becoming a waitress at a popular cafe. In another arc, Junichi tutors Ai so she can avoid after school classes and remain on the swim team. In Rihoko’s arc, Junichi saves the Tea Club. In the final arc, Junichi exposes Tsukasa so she can be confident revealing her true self to others. This only happens in each girl’s respective arc, though. I think the series tried to mitigate this by showing scenes where the other girls were obviously not lonely, but I kind of wish they had played up the essentialness of Junichi. “Oh, you didn’t hear? Ai dropped out of school and became a prostitute.”

Another thing that bothered me was how Junichi could be right for all of those girls. Obviously this guy is a man whore himself. I never noticed him saying anything like, “you’re the only one for me,” since that would have set off the fourth wall alarm.

The final episode pokes fun at the causality of Junichi daing all the girls by having a final girl who meddles with his relationships. He just goes from Morishima to Kaoru to Sae to Ai to Rihoko to Tsukasa, just like the series progressed!

All analysis aside, I really enjoyed Amagami SS. There were a slow arcs, but towards the end I couldn’t stop watching. The Tsukasa arc finally brought what the series what it needed all along: some actual drama. There was finally a character who you didn’t quite understand, who had surprisingly more to her than first glance, and who might’ve been a bit dangerous.

I suppose it was the series quick 4 episode arcs that enabled me to finish, but I also enjoyed the characters and the humor in the how. The arcs themselves could have been done better. There were too many untied loose ends, like Ai’s little brother and Tsukasa’s book (and secret?). Overall, it was a fun show that was easy to take in small chunks and had a really interesting few final episodes. These days I hardly finish any anime, so it’s a pretty good indicator that I got all the way through this one. 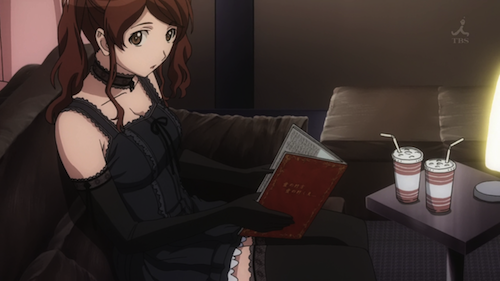 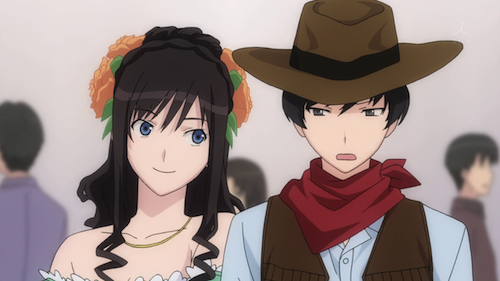