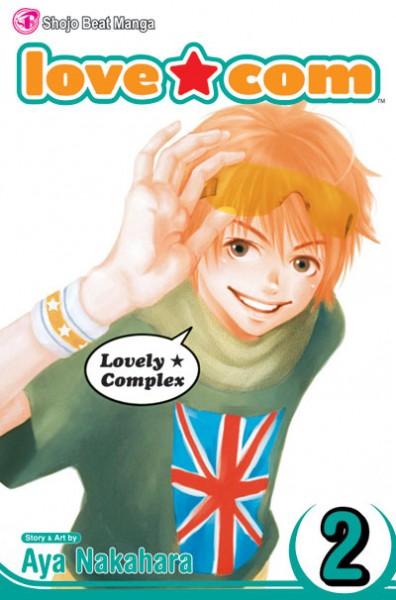 Review:
So in this chapter, the plotline concerning Otani and Risa’s bet on who will get a girl/boyfriend first continues. Otani is still pretty blatantly dense about Risa’s feelings. But then again, so is Risa! Since Risa is the only other person who likes Umibozu, Otani invites her to a concert on Christmas Night, which is the #1 night for love-love couples. Talk about sending mixed messages!

So this volume introduces the manliness of Otani when he saves Risa from disaster. Risa starts getting weird feelings for Otani, but dismisses them because he’s so short. It’s still sort of slow-going, but at least Risa starts to realize something is up. Otani is also re-introduced to his ex-girlfriend and Risa gets her own male fan who happens to be taller than her. There’s enough distractions to delay the inevitable coupling of Otani and Risa. It’s okay for now since the manga remains entertaining. Fish-face Risa never gets old!

I was hoping the trap would appear this volume, but I guess he/she doesn’t until volume 3. I got this from the library along with volume 3 so I’ll probably be posting that review up shortly. Overall, this was a really good (funny and enough plot was developed) volume. I’ve also noticed that a lot of attention to detail is put on Risa’s outfits. She’s wearing something new every few pages! Risa is really kind of cute, even if she is a mammoth (but actually about the same height as me). Oh, those short, short Japanese people…

The Ann Arbor District Library is awesome, because I got to borrow Love Com Vol. 2 from them for free! Yeah!

I’m a fans of lovely comlex. I love Ootani very much because he’s so cute!! I love lovecom!