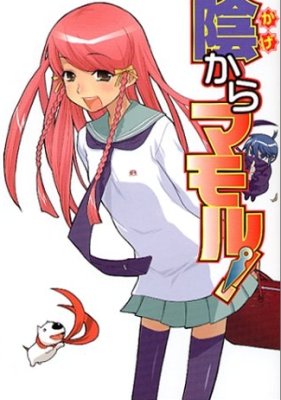 Seven Seas, the Kodomo no Jikan cancelling publisher, has just announced a crapload of stuff at Anime Expo, according to AnimeOnDVD. Here’s the whole list:

The ones I’m looking forward to are Kage Kara Mamoru (because I actually liked the anime) and Zero no Tsukaima (I’m assuming it’s the light novels as well). There’s also Strawberry Panic, that one random yuri thing that’s getting a manga and light novel. I’ve never heard of any of the others.

Say what you will about Seven Seas caving in from the Kodomo no Jikan thing, but I still think they’re a good publisher. Perhaps it’s the amount of yuri that they license that leads me to this conclusion… Plus they’re one of the few companies (along with Tokyopop) that are getting into the light novel arena. They publish good stuff that the bigger companies wouldn’t consider, and for that, they’re cool with me.

Now, if only they could prevent their titles from being delayed so often…

å¤§ã‚·ãƒ§ãƒƒã‚¯ï¼
I do hope that bookstores here grab Zero no Tsukaima (the novel, at least, if it’s licensed as well). I’ve been dying to have a good hard copy that I can read.

So they’ll drop Kodomo no Jikan but pick up Strawberry Panic? Ok..

Well, Kodomo no Jikan has got the whole pedo angle going. Strawberry Panic just has a bunch of spontaneous yuri.

Looking forward to the Zero no Tsukaima, not so much for Kage Kara Mamoru, I mean I liked the show it had ninjas who wouldnt like that? it was more of the main female lead that got me I hated her with a passion I cant stand the ditsy type.

P.S. at least the Banana song should be less annoying in print

What a shame for Kodomo no Jikan, but at least they tried. Dropping that one title was just for the sake of public opinion.

They failed to deliver on Kage Kara Mamoru. And they didn’t even have the decency to tell you about it. They just took it off their page. No other signs. I had to write them an email to confirm. They told me that next time I had a Q, I should write in their semi empty forums.

Uuum super nice nicer than next