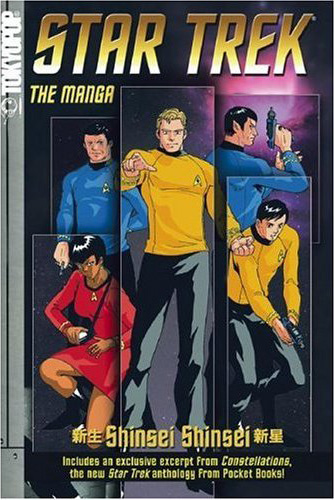 My brother, being the big Star Trek nerd that he is, bought the Star Trek manga that was released by Tokyopop to celebrate the 40th anniversary. He lent it to me to review, so here we go! 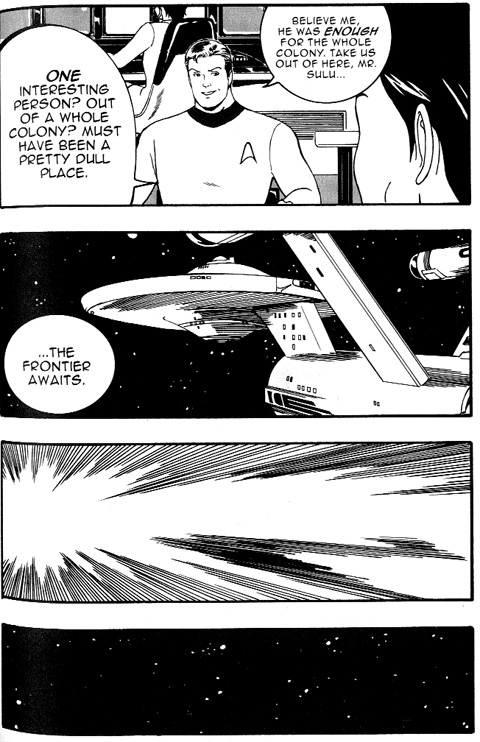 The stories consist of your typical Star Trek stuff. There are peacekeeping missions, exploration missions, and even a mission where the Enterprise gets sucked into a wormhole. Of course, the best story involves the Enterprise taking on a bunch of giant robots. The part where the giant robot’s sword went through the main screen is almost worth the price of the book alone. Almost.

I’m kind of disappointed that more Star Trekisms didn’t take place. Like Kirk didn’t even have a fistfight with anyone, and there weren’t any red shirts that got killed. Sure, Spock and Bones argue, but I want some Kirk double hammer fist action! 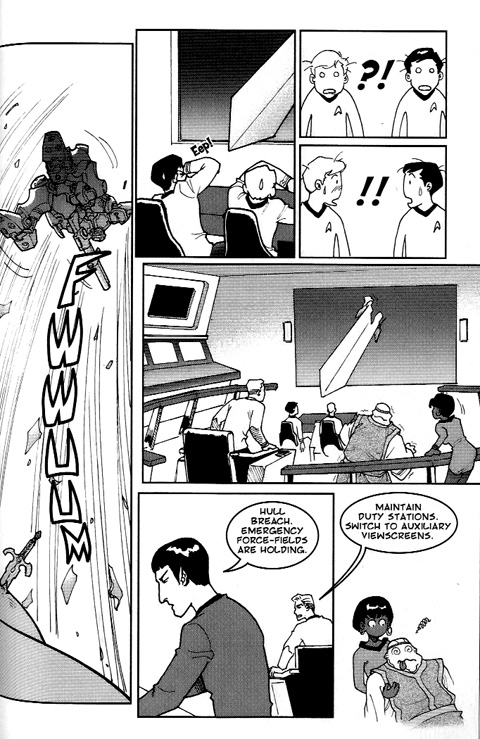 The art style ranges from cartoony to somewhat realistic. Since each story is drawn by a different artist, the art style changes dramatically across the book. Seeing an SD Uhura results in a bit of culture shock. I really wish she had orz’ed though.

I guess I should also mention that the manga also contained a chapter from a collection of short stories. I didn’t read it, since I’m not really into fanfiction. I guess in this case it would be profiction, but whatever, it’s not my bag.

Overall, the Star Trek manga wasn’t really that great. I just think that fewer, more fleshed out stories would have worked better. I guess you should get it if you’re really into Star Trek though, like my brother is. Me? I’m just a so-so fan.

The words “WTF” are not sufficient in this situation.