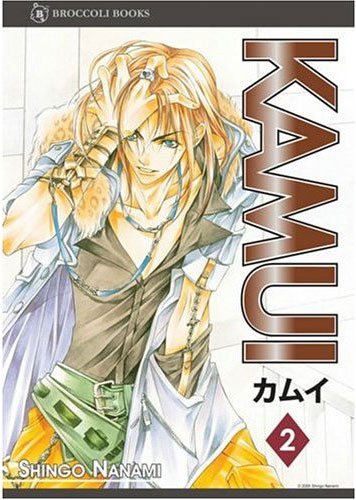 I got word from Broccoli Books that Kamui volume 5 is on its way, so I figured I should try and eliminate my manga backlog in preparation. I reviewed the first volume of Kamui about a month ago. Hopefully it won’t take me a month for volume 3!

Summary
In this volume of Kamui, things get slightly more interesting. The mood of the manga switches from being really serious to more relaxed. The last few chapters go into serious mode again, though.

During an atanan attack, Atsuma saves an NOA cadet by the name of Anzu. She’s way cute. As a way of saying thanks, Anzu invites Atsuma to the annual NOA banquet. It’s the only time of year that everyone in the organization can act as equals.

Anzu and Atsuma hit it off, and have a ball at the… ball. But then evil lord Hyde crashes the party and starts killing cadets, including Anzu! Atsuma takes this very personally and goes into dark Atsuma mode. He flips out like a ninja and kicks some Hyde butt.

But apparently Anzu is still alive, so Atsuma goes back into normal shy mode. Unforunately, Anzu is totally freaked out at what Atsuma did while he was flipping out. The volume ends with Atsuma trying to figure out exactly what happened to him while he was in the rage induced trance. 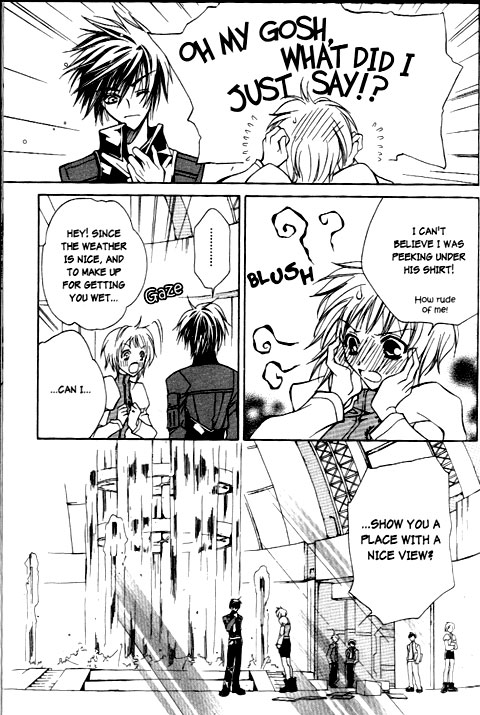 Analysis
This volume was a lot more interesting than the first. Since I’m a big fan of the schoolkids genre, I liked how they worked in Anzu as a character. We’ll probably not be seeing more of her though, since she hates Atsuma’s guts now.

It was also revealed that there’s a Kamui living inside of Atsuma, and it likes to kick ass. This sorta reminds me of Naruto, and how both of the characters have some powerful being living inside of them.

The plot seems to be picking up, so I’ll probably be reading this manga more regularly than once a month.