First off, thanks to all who commented on my "Adventures in Manga Importing" post. It’s nice to know that wherever I’m ordering stuff from, I won’t get bamboozled. Last night I finally made an order for some manga and a CD that I’ve wanted for more than a year! Here’s the complete shopping list:

END_OF_DOCUMENT_TOKEN_TO_BE_REPLACED

Okay, so being a huge Nippon Ichi fanboy, the Disgaea anime is something of a holy grail for me. The slightest news about the Disgaea anime is enough to send me into a giddy mood. So imagine my surprise when I read on Heisei Democracy that there was a new promo out today!

The first one I saw made me a bit worried that the anime would suffer from talking head syndrome. I didn’t see much action, and the framerates were kinda jerky.  Today’s promo looks a lot better. It’s much more fluid than the first one. I did notice my mortal enemy: inappropriate/out of place CGI. Hopefully it won’t be too prominent in the anime…

The Disgaea anime is slated for an April release, so I only have about two more months of languishing until it comes out! I guess I could always pass the time by playing the game. I think I logged like, 40+ hours two Summers ago…

Lately, I’ve been meaning to pick up some imported Japanese manga, both to boost my literacy and to read some stuff that isn’t available in English yet. As long as it’s got some furigana over the kanji, I should be okay.

I’ve looked at a variety of options, but I thought that others might know more about the import scene than me. Mainly, the shipping costs seem to be pretty high for importing directly, and I’m not sure which domestic importers are "legit." First off, the stores I’ve been looking at:

These are mostly all of the places I’ve considered. If you’ve shopped at any of these places before and you know they’re cool, please let me know by writing a comment. Also let me know if you know of a better place to import Japanese manga (to the United States).

Whilst looking for manga deals, I found some deals on domestic stuff too. I thought I’d share it with you. 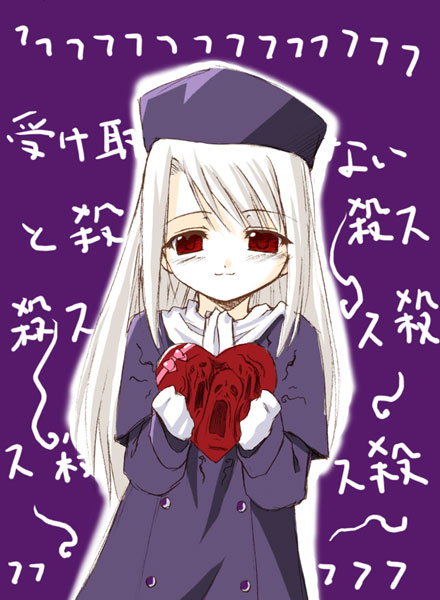 So I wrote a while back that I had acquired a shoujo manga sampler, and that if I could muster the guts to read it, I’d put up some mini-previews. Weeks passed, and it sat on my shelf unread. Today I figured, what better way to spend Valentine’s Day alone than reading manga written for 12 year-old girls? Hmm, maybe there’s a reason I don’t have a girlfriend… Anyway, here’s my thoughts on the first chapter or so of Ultra Maniac:

END_OF_DOCUMENT_TOKEN_TO_BE_REPLACED

Back when I did my first preview of REC, all I really knew about it was that it involved a seiyuu. A hot seiyuu! Even with that small amount of info, I had a feeling it would be a pretty good anime. Okay, so maybe I just thought the picture was hot… So how does the first episode hold up?

END_OF_DOCUMENT_TOKEN_TO_BE_REPLACED 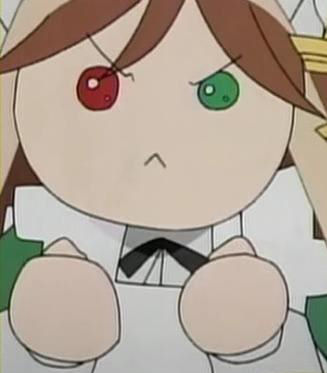 So I resolved this new year to finish up a lot of the anime that was lounging around on my hard drive. Here’s an update to the stuff I was supposed to finish:

I’d say that overall, I’ve been pretty successful. Too bad I’ve also picked up like a billion shows too. Wait, that’s a good thing! Anime is good!

I might do a few reviews on the stuff I finished too. I also gotta start on Rozen Maiden: Traumend. Those dolls’ adventures are freakin’ addicting! 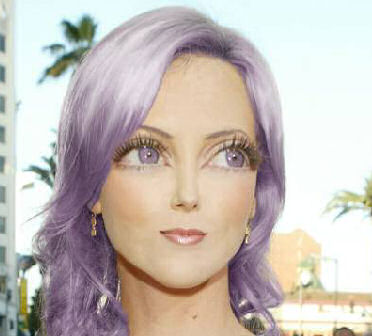 Over at 1000.com, they’re having a photoshop contest for making normal people look like they came out of a manga. Now, I think I can say that lots of characters in manga are cute, but some of these pictures are disturbing! I guess when you apply giant eyes and pointy noses in real life, something is lost (or gained) in translation. Some of these are good, it’s just that they’re bizarre when compared to real life. They sorta look more like those grey aliens with giant eyes, which really give me the creeps.

Check out all the entries here.

While perusing the torrents at Tokyotoshokan, I came across the first episode of an anime called "Queen Millennia." Not quite knowing what it was, I decided to go ahead and download it. It turns out that Queen Millennia is an old-school anime that came out in 1981, before I was even born! Not one to waste already used bandwidth, I decided to check it out anyway.

END_OF_DOCUMENT_TOKEN_TO_BE_REPLACED

I usually wait for someone to fansub an anime before watching it, but Binchou-tan is an exception. There’s barely any talking in Binchou-tan, and when there is, it’s usually pretty simple Japanese. I’m going to try something new: Here’s my first sub-assistance-free anime preview!