Before I saw this episode, I only knew two things about Kagihime Monogatari Eikyuu Alice Rinbukyoku. For one, it has a really long name (let’s call it Kagihime from now on)! I also knew that certain characters would have bunny ears. After seeing the first episode, can I honestly recommend watching more of this anime? Read on to find out!

END_OF_DOCUMENT_TOKEN_TO_BE_REPLACED

Fate/stay night is probably one of the most anticipated anime of the new season. There’s been quite a bit of hype leading up to it, and now that the first episode is out, we can all find out whether the series lives up to the hype. Or can we?

END_OF_DOCUMENT_TOKEN_TO_BE_REPLACED

The results are in! Well, actually I just figured that the voting was kind of getting out of control (read: only 6 people voted), so I ended the poll. Anyway, here are the surprising results to the first ever Basugasubakuhatsu official poll, Which Winter 2006 anime are you looking forward to most?: 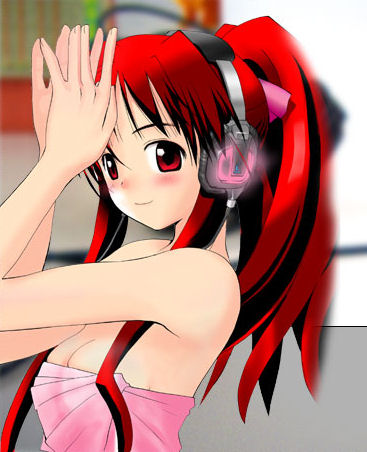 That’s right, REC won! It probably had something to do with the small sample size and large bust size of the girl in the picture. 3 people voted for REC, that’s 50%!

Yup, the other three votes were split. Guess who voted for Kage Kara Mamoru? Fate/stay night at least got one vote, and Ginyuu Mokushiroku Meine Liebe Wieder got the other. The poll results were kind disappointing, but I gotta start somewhere right?

Hot off the trail of this poll comes the current poll: Fillers: Yay or Nay?

My opinion is that fillers are ok as long as something meaningful (like character development) happens. That, or swimsuits! I’m looking for a higher turnout rate for this poll, so please register for the forums and vote! This poll runs for 1 week, so vote early, and vote often*!

*oh wait, you can only vote once, huh?

Today on the Anime ClichÃ© Corner, I’ll be discussing one of the most prominent of filler episodes: The Beach Episode!

Almost every anime has filler episodes: The episode where nothing meaningful happens as the animators wait for the manga source to be finished. Although some filler episodes can be interesting, most of the time they draw from a pool (pun!) of clichÃ© scenarios. The Beach Episode is usually just an excuse to show the females of the series in bathing suits (not that I’m complaining!).

The Beach Episode has been so refined that I can simply explain what happens without ever mentioning a particular series. Pretty much every Beach Episode is the same (with different characters of course), so here is a brief rundown of a typical Beach Episode:

END_OF_DOCUMENT_TOKEN_TO_BE_REPLACED

For once, I’ve actually gone through with one of my New Year’s Resolutions! I finished watching Mahoraba ~Heartful Days~! If you’ve read my Top 5 Anime of 2005 feature, you already know this is my favorite anime of last year. And yes, I decided that before I even finished watching the series! Anyway, here is my full review of Mahoraba ~Heartful Days~ (complete with spoilers!):